There's a wave of talented Aussie youngsters flowing into the US Open final qualification round and they could crash through into the main draw next week.

Lizette Cabrera, Jaimee Fourlis and Priscilla Hon are through to the final qualification round at the US Open and Ellen Perez, Zoe Hives and Akira Santillan could join them today.

There's 16 total qualification places up for grabs for Aussie women and given Priscilla Hon was the only Aussie seeded (at 25) no less for the qualiication process, it's been a phenomenal week for the up-and-comers.

While there's a decent chance that there could a be a large fallout after the next round, this could still leave a huge Aussie contingent heading into the US Open championship.

Ash Barty will be seeded second for the tournament, Sam Stosur has received a wildcard and Alja Tomljanovic will hopefully also make the main draw after her match against Coco Vanderweghe at the New York Open was cancelled. 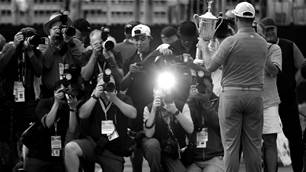