As always its a long W-League off-season but in recent years a number of the top players have been able to find homes overseas in Asia, Europe and North America.

As always its a long W-League off-season but in recent years a number of the top players have been able to find homes overseas in Asia, Europe and North America.

Here is a quick wrap of where the Aussies are in Asia and Europe.

After spending the last three seasons in the United States, 2016 AFC Player of the Year Caitlin Foord has headed east for the Nadeshiko League.  Foord follows in the footsteps of an increasing number Aussies - including Tameka Butt, Elise Kellond-Knight, Clare Polkinghorne, Sunni Hughes, Cheryl Salisbury - who have honed their craft in the Japanese League.

In two matches, Foord is already demonstrating why she was a hot target in the Japanese League with her leading up work resulting in two match winning goals.

Foord may soon have a Matildas teammate with Katrina Gorry looking like she will head over for her second overseas season alongside Foord.

After a stellar Golden Boot winning first season in the WK League, Adelaide United's Quigley has returned to her Korean team for a second season.

The striker will be hoping she can leave behind her injury plagued W-League season that saw make a limited impact early before being a key part of their goal laden attack later in the season. 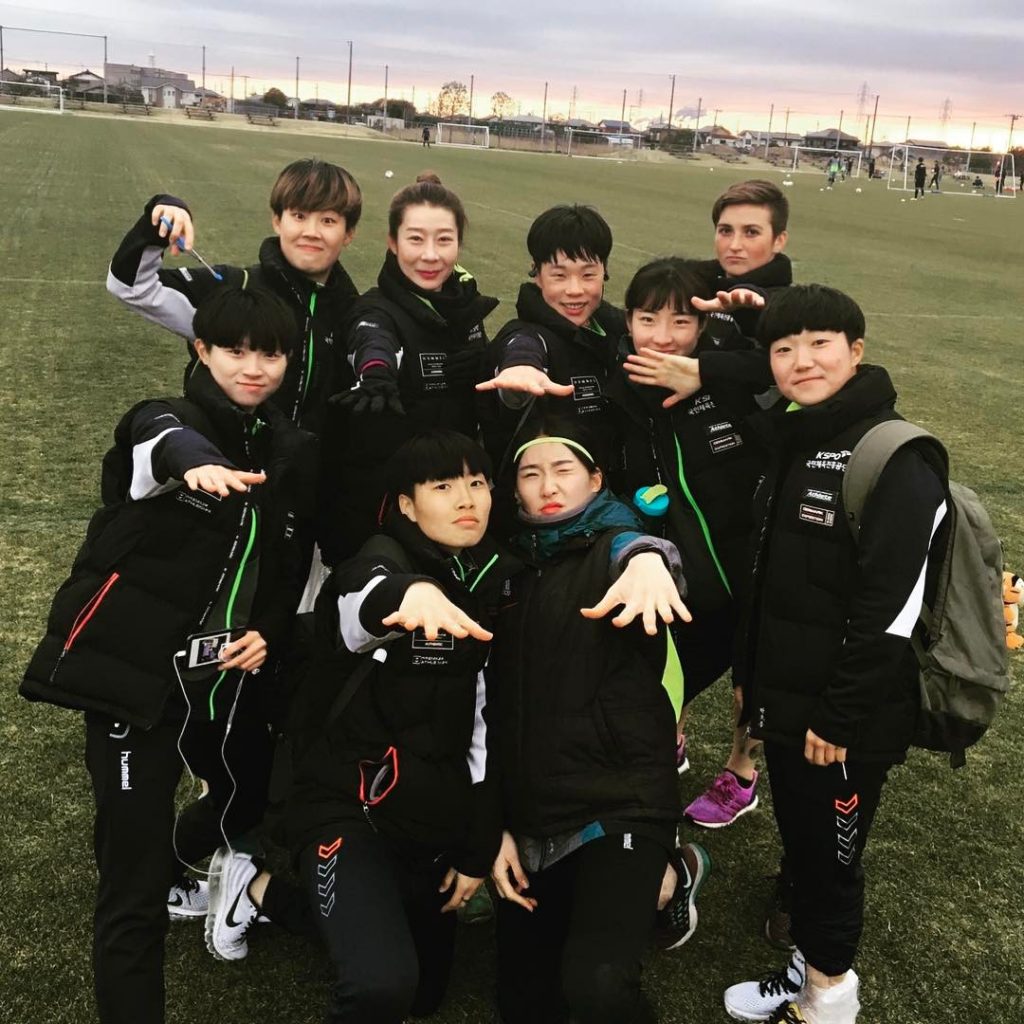 Last game day in Japan for a pre-season camp with my Korean Krew! Japan you've been nice but I'm ready to get back to Korea to get our season underway!! #IWantKoreanBBQ #AndGary #IReallyMissGary #PstWhat

After a successful return from an ACL injury, including a call up to the Matildas Algarve Cup squad, fellow South Australian Checker has heard the call of Korea and signed with powerhouse side Incheon Hyundai Steel Red Angels.

The 2016 champions, the Red Angels were home to Melbourne City's Amy Jackson but Checker will be hoping to make more of an impact and gain regular game time in her first season abroad.

The Matildas midfielder is her third season in the German Bundesliga and after a slow start to her time at Wolfsburg, van Egmond finally looks to be rewarded with game time.

In four matches this season, Van Egmond has scored 4 goals including 3 in her last two starts for the new Bundesliga ladder leaders.

Van Egmond's national teammate Kellond-Knight settled quicker into Bundesliga life with Turbine Potsdam.  While the first season was inconsistent, this season Kellond-Knight and Potsdam have been one of the most consistent sides leading the Bundesliga for most of the season.

Potsdam are currently joint ladder leaders with only a 1 goal difference separating them from Wolfsburg.

Aivi Luik is no stranger to living and playing abroad with the veteran midfielder having played in the United States, Canada, Denmark, England, Iceland and now she adds Norway to her resume.

Luik is joined by her Melbourne City teammate Teigen Allen, who is set for only just her second season abroad after a short stint with the Western New York Flash in the NWSL.

All of the Aussies! That seems to be the off-season theme for Avaldsnes.

The 2016 Toppserien runner up has stocked up on Aussies across the park with striker Emily Gielnik, midfielder Chloe Logarzo and defender Gema Simon.

For Logarzo it is her second season in Europe after playing for Eskilstuna United in the Swedish League last season.  It is unlikely that Logarzo will line up for the opening weekend but she proved with Eskilstuna that she can make an impact as an attacking midfielder.

Meanwhile Gielnik heads back to Europe for a second season after lining up for Liverpool back in 2012.  The resurgent forward is no stranger to seasons abroad having played for Ottawa Fury in Canada and last season with Japanese side Urawa Red Diamonds.

Another player to return successfully to the Matildas set up is Gema Simon and the left full back will look to continue her development in her first European season.  So far playing abroad has been positive for the Newcastle Jets captain with her time with Suwon in the South Korean League helping her game.

Brisbane Roar attacking midfielder Butt is now a regular on the Aussies Abroad wrap having played for US team Boston Breakers, German side FFC Frankfurt, Japan's Iga F.C. Kunoichi and last season in Sweden with Mallbackens.

The former Julie Dolan Medallist will be hoping the Mallbackens' experience will not be repeated with Norwegian side Klepp, former home to Adelaide United goalkeeper Eliza Campbell.

With only 7 W-League matches under her belt, Sydney FC's Bacon has taken the plunge and will get her first taste of international football in Norway.

The midfielder will certainly not be without a familiar face with so many Australians playing for opposition sides.

There is plenty to keep us busy during the off-season in Europe and Asia alone, but next week, US correspondent Kristin Shaffer will preview the Aussies and W-League connection in the NWSL.