Little continued to separate the Chicago Red Stars and Stephanie Catley'sPortland Thorns as they followed up their 4th July draw with another draw, 1-1, on 9 July at Chicago's home.

Sunday was a miserable day for the Western New York Flash and their Australian contingent Sam Kerr, Lydia Williams and Teigen Allen.

Not only did a 1-0 loss to Lisa De Vanna's Washington Spirit see Flash drop out of the finals positions, they also lost Lydia Williams with a suspected ACL injury in the 13th minute.

Kerr played a full match and Allen was a 56th minute substitute, while a busy De Vanna played 84 minutes for the Spirit.

The Thorns had two goals within 15 minutes and, despite a Gorry goal in the 30th minute, went on to score at regular intervals to move back into the finals places.

Gorry was substituted in the 63rd minute while Catley played the full match and notched up an assist for an Alex Morgan goal.

In the USL W-League, the Aussies of Colorado Pride helped them secure their place in the upcoming finals.

The crucial match was a 4-0 win over the Seattle Sounders in which Chloe Logarzo and Tara Andrews were prominent.

Logarzo opened the scoring in the 32nd minute and added another in the 62nd minute while Andrews finished the match off with a classy lob in the 85th minute.

Days later Logarzo was rested as the Pride comprehensively defeated Sedona FC 6-0 including a goal from Andrews and an Ashley Spina brace.

A Notts County team featuring Danielle Brogan and Caitlin Friend won through to the semi finals of the Continental Cup with a strong 3-0 win over Yeovil Town Ladies.

Brogan played the full match while Friend was involved in plenty of the attacking action finishing with an assist for one Jess Clarke's two goals.

Clare Polkinghorne's INAC Kobe suffered a second straight loss as they fell 1-0 to JEF United. The loss sees them now 9 points behind the ladder leaders with JEF United leapfrogging them.

It was better news for Elise Kellond-Knight and Tameka Butt's Iga FC as they stopped a 4 game losing streak with a solid 4-1 home win over Elfen Sayama. The win sees them climb two points clear of the relegation zone. 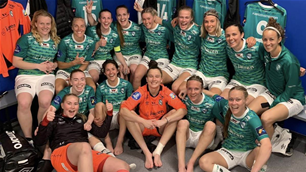 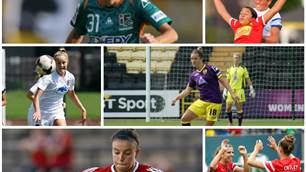