Fittingly the series between the Chicago Red Stars and the Portland Thorns finished with a 1 – 1 draw between the two sides in their third and final match up of the season.

Catley continued to impress with a full 90 minute performance while Emily Van Egmond played 45 minutes as a second half substitute.

Lisa De Vanna opened the scoring for the Washington Spirit in their mid week clash with the Houston Dash. However the visitors were unable to hold off the home side with the Dash equalising in the 74th minute to earn a point. De Vanna played 47 minutes.

Sam Kerr moved into the Top 5 NWSL goalscorers as her 7th goal of the season cancelled out FC Kansas City's opening goal with the match finishing 1-1.

Kerr played the full match while Katrina Gorry was absent for the encounter.

In the first televised NWSL match of the season, Stephanie Catley's Portland Thorns continued to pile on the goals with a 6 – 3 win over the Boston Breakers.

Catley, who earned more accolades in her 90 minute performance, provided her third assist in as many games as she set up Alex Morgan for the second time this season.

Foord played a full match while De Vanna was busy in her 78 minutes on the pitch.

Emily Van Egmond did not feature as the Chicago Red Stars recorded another draw. This time a 1-1 result with the ladder leaders Seattle Reign.

In the USL W-League, a strong first season from the Colorado Pride (with Chloe Logarzo, Tara Andrews and Ashley Spina)has ended up in 2-1 defeat to perennial powerhouses LA Blues in the Western Conference Championship.

In their inaugural season, the Pride took it to the defending champions with Logarzo setting up teammate Mallory Weber for the opening goal before the Blues scored on either side of the break to seal the Western Conference championship.

In better news for individual news for Logarzo, her strong performances throughout the season saw her named in the USL Western Conference All Star team. All major USL W-League award nominees will be announced later in the week with Logarzo sure to feature.

It was a tough week for Caitlin Friend and Danielle Brogan's Notts County as they returned to league football with back to back loses. Midweek a 17th minute goal was enough for Manchester City to take the points with a 1-0 win and on the weekend leaders Birmingham City inflicted a loss by the same scoreline.

The losses see them drop from 3rd to second last and in a the relegation zone with relegation/promotion involved for the first time in the FA WSL.

Clare Polkinghorne's INAC Kobe emphatically snapped out of a 2 game losing streak with a strong 6-0 win over Kibi Univ. Takahashi. The win moves them back into the Top 4.

Elise Kellond-Knight and Tameka Butt's Iga FC couldn't manage back to back wins as they fell narrowly 1-0 at home to Vegalta Sendai. The loss once again sees them back in the relegation zone. 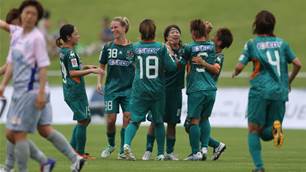 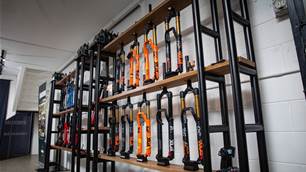