With some leagues ramping up league play and others coming to a close, there was plenty of action for the Aussies playing overseas this week.

With some leagues ramping up league play and others coming to a close, there was plenty of action for the Aussies playing overseas this week.

The opening match of the NWSL weekend action saw Hayley Raso of the Portland Thorns square off against her former club, the Washington Spirit.  Raso came into the game in the 64th minute to help maintain the 0-0 tie which turned into quite a feat as the Thorns played down a player at the end of the game.

Teammates, Lydia Williams and Ellie Brush, played critical roles in the Houston Dash’s 2-1 victory over FC Kansas City.  The only goal Kansas City was able to get past Williams was a late penalty.

Lydia Williams was able to keep Kansas City attackers from finding the back of the net by making incredible saves throughout the game.

Kyah Simon and the Boston Breakers are still looking for their first win as they dropped another close game against the Chicago Red Stars, losing 1-0.

The final game of the weekend had defenders, Laura Alleway and Steph Catley, helping to secure the Orlando Pride’s first shutout of the season by beating the Seattle Reign 2-0.

Alleway was able to set the table for the opening goal by sending a beautiful ball in for Alex Morgan’s assist.

Steph Catley almost added a goal to the 2-0 victory with a shot that just missed by hitting the woodwork.

Aivi Luik entered the game for Notts County in the 69th minute, but saw the team lose to Birmingham 1-0 late in the second half.

It was a tough weekend for Tameka Butt and the Mallbacken IF as they lost 6-0 to Damallsvenskan league leaders, FC Rosengard.

Midfielder Emily van Egmond continues to notch up minutes with another 90 minute performance for FFC Frankfurt as they beat SC Sand 3-0.

In part to Elise Kellond-Knight and Turbine Potsdam 4-0 victory over Wolfsburg. Van Egmond and company are now fighting for second place in the Bundesliga league. The teams wrap up play next week and will solidify spots for next year’s Champions League. 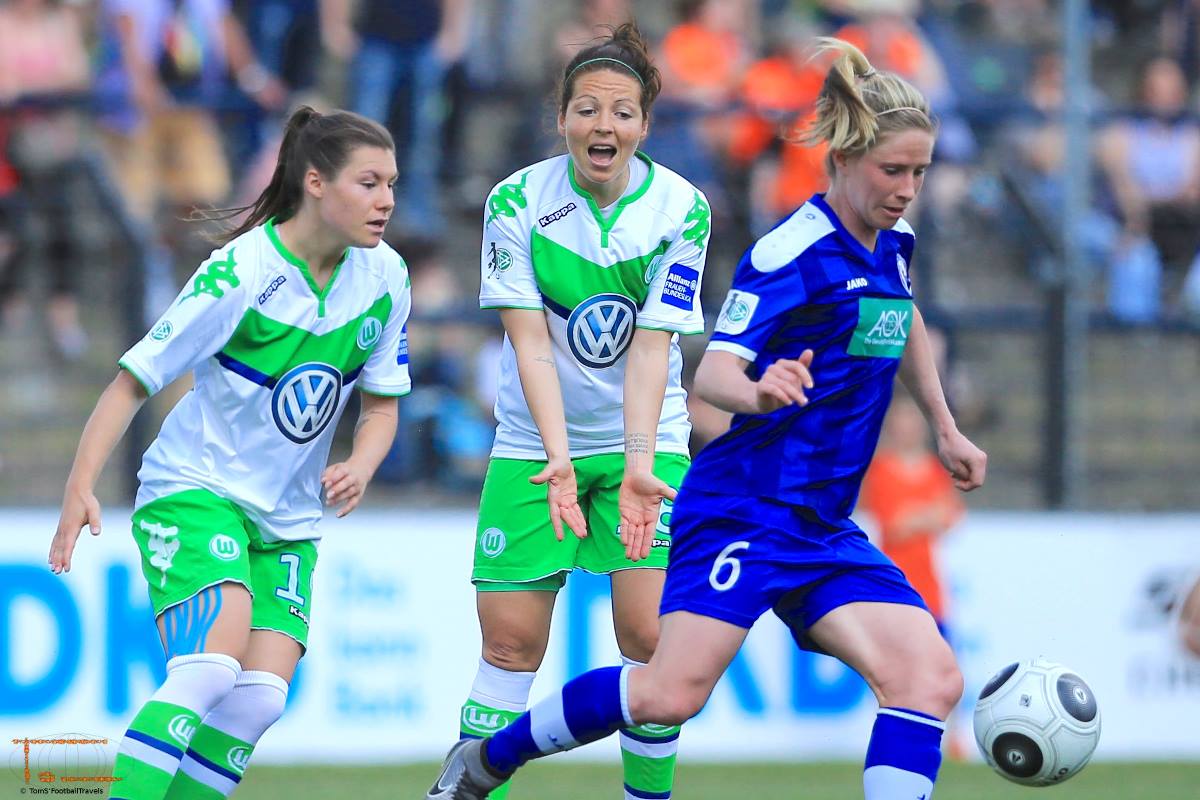 Rachael Quigley kept her goal streak alive when her club Hwacheon KSPO took on Seoul Amazones.  Quigley scored a brace in the team’s 5-1 victory with Hwacheon moving up the table into the season high fourth place.

Gema Simon was unavailable for the Suwon FMC 3-1 loss to Icheon Daekyo due to an injury.

Incheon HS Red Angels continued their winning ways this week as  Amy Jackson returned to the starting line up, helping the team to a 1-0 victory over Daejeon Sportstoto.