The next three years for the Matildas are huge. 2021 brings the rescheduled Olympics, 2022 the Asian Cup, and 2023 a home World Cup.

However, the ongoing COVID-19 pandemic means Ante Milicic’s replacement will have limited matches to shape the squad before Tokyo 2021. The logical option would therefore be to evolve Milicic’s approach for the Olympics, and save any major changes for afterward.

Milicic’s approach can be summarised in the following themes:

●      Attacking down the right flank

In this three-part series, we’ll explore how the Matildas’ tactical approach might develop on the road to 2023. Part One below looks at the Matildas’ attacking tactics.

In possession, the Matildas would often patiently work the ball forward, and pass the ball from side-to-side to find time and space for a cross. At the World Cup, the Matildas completed the sixth-most number of passes (1,912), and remarkably the most number of crosses (24), even though they were eliminated in the Round of 16. 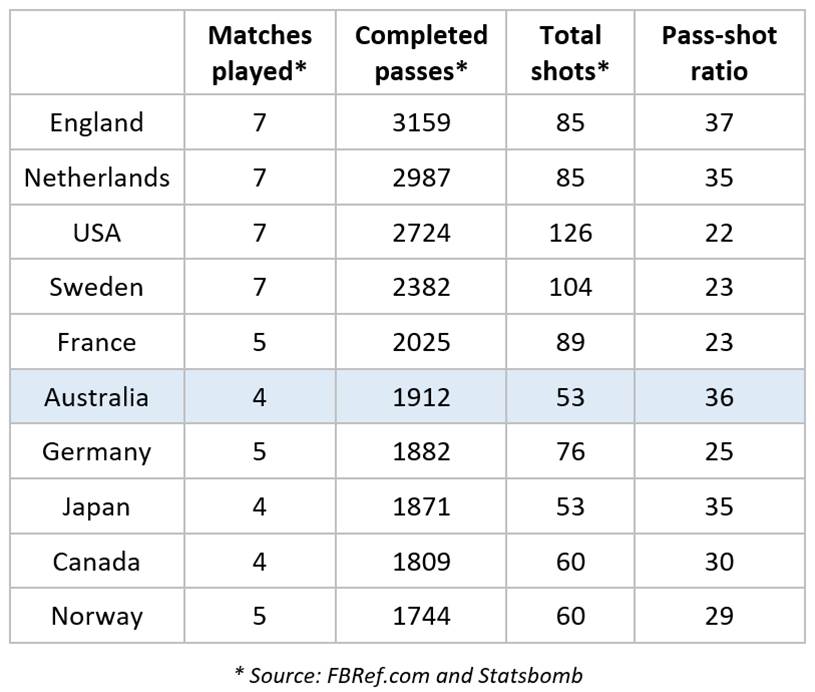 Averaging 36 passes to each shot, the Matildas are clearly a team that prefers a patient build up, much like Japan (35), England (37), and the Netherlands (35).

At the opposite end of the spectrum, teams that play a more direct or transition-based style of football include the US (22 passes to each shot), Sweden (23), France (23), and Germany (25).

Attacking down the right

A notable feature of the Matildas’ possession play under Milicic was the emphasis on attacking down the right hand side.

Ellie Carpenter became one of the key figures in the Matildas attack, with her relentless overlapping runs from right fullback part of a plan to supply crosses for Sam Kerr. By comparison, left fullback Steph Catley was a far more conservative presence, focusing on safe distribution rather than high-risk high-reward actions. This is clear from their World Cup statistics: 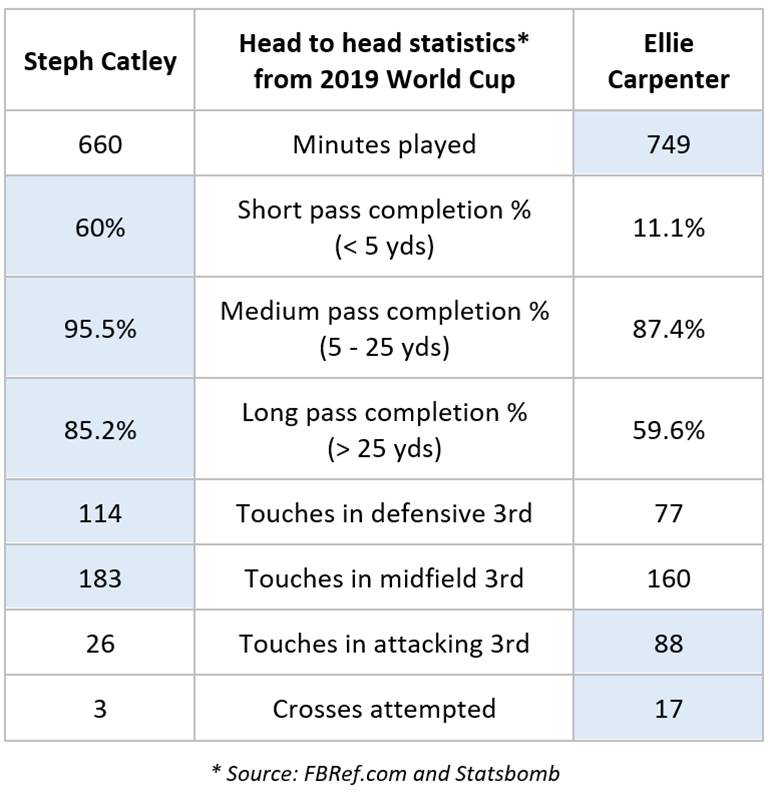 The main target of Carpenter’s crosses was Sam Kerr, which leads us to...

A dependency on Sam Kerr

Sam Kerr is one of the top strikers in the world, so it makes sense for the Matildas’ star striker to be the primary goal threat. Given her strength in the air, it also makes sense to provide her with crosses to attack. As noted previously, the Matildas made the most number of crosses at the entire 2019 World Cup, despite elimination. 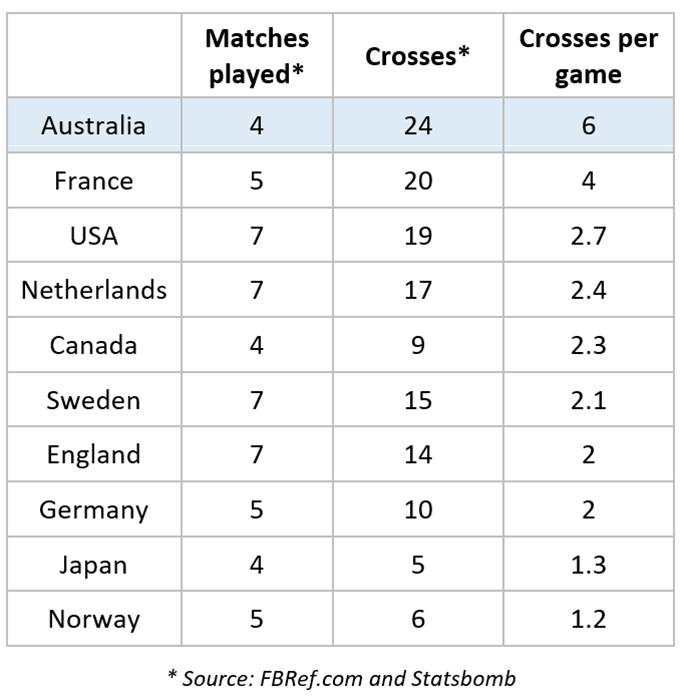 The reliance on crossing is an issue, but most concerning is the lack of a secondary goal threat. The table below shows the top five Matildas who took the most shots at the World Cup. 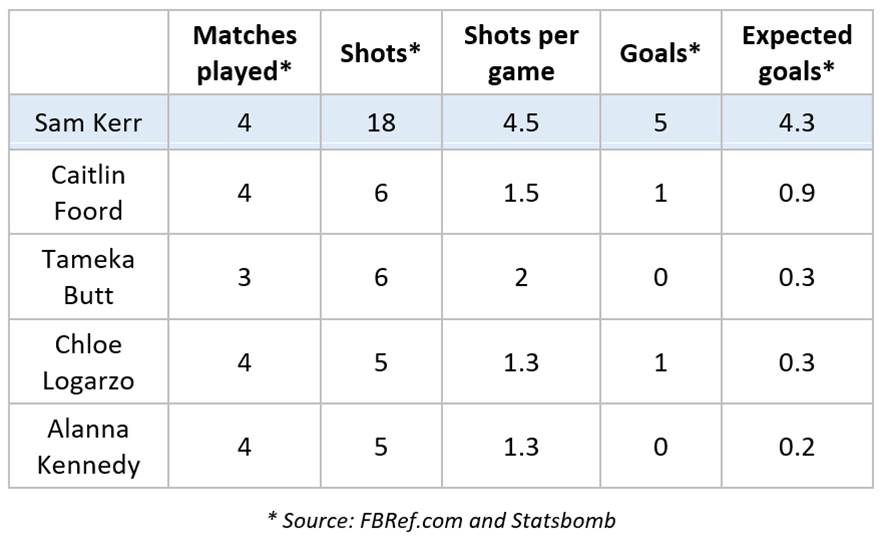 Teams which played a similar way at the World Cup distributed their goal threat more evenly:

Clearly, other top teams have a variety of goal threats and attacking options. Getting supporting options closer to Kerr will go a long way towards making the Matildas’ attack less predictable and harder to defend against - and could be achieved by a change in formation. 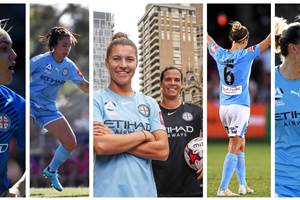 They're called the 'Melbourne City Matildas' and they're undefeated this season. So could the W-League giants have the secret to the Matildas' tactical woes?

The author is an experienced football coach, with over 200 games at development and senior level. He has completed the FFA/AFC B Licence and can be reached via the Facebook page "Tacticology".