So it was unsurprising that the forward would look overseas for her next challenge in the endeavor to continue her development.

2016 saw Sykes head off to Japan. While no longer unusual for Australian players to head to Japan, it is still certainly the path less travelled. For the Canberra native, Japan was just what she needed.

“It was a great learning experience, a life experience, which was really what I was after last year.”

Sykes returned to the W-League a more rounded player and for the third straight season she was a dominant force for Canberra United and in the league in general.

When the question of overseas destination loomed in 2017, this time around it was a more conventional answer in the NWSL.

However, there is nothing conventional about the club Sykes has found herself playing for; the Portland Thorns.

“Coming to Portland, it is a whole other level of professionalism,” she said as we conducted the interview after recovery from a double session.

“I can’t really describe how privileged I am to be a part of it. I get to come to work everyday with Christine Sinclair, Tobin Heath, Nadia Nadim, Amandine Henry and Allie Long - some of the best players in the world. Just saying out loud is insane.”

Being a fully professional club environment with high caliber players surrounding her has allowed Sykes – a veteran and leader at Canberra – the luxury to sit back and reprise her role of student.

“It has been a challenge for me and my game. I have learned a lot this year about how to approach football and I have really enjoyed it.”

“Every week I get to see these girls do their stuff. The way Sincy [Christine Sinclair] finishes in practice, it’s so special to watch players at that level, at their peak in training and then translate it in the game.”

“It has taught me different things about the game, what is possible, where the spaces are. It has been great.”

Coming off a Golden Boot winning W-League season, the reasonable expectation was that Sykes would slot in and reprise her role as a flying winger.

That hasn't strictly been the case. Instead, Thorns head coach Mark Parsons has deployed Sykes in more unfamiliar roles that has often seen her playing deeper in the back half for longer periods than she would at Canberra.

The change in remit might unsettle many players but the generally unflappable 25 year old has taken on the tasks with the same willingness to grow her game that has seen her become of the best players in the W-League.

Marking Marta in a NWSL semi final front of 19,000 home supporters may not have been on the agenda when signing up but it has all been a part of the continued education of Ashleigh Sykes.

“It certainly not what I was expecting when I was asked to come to Portland. I have certainly learned a lot about 1v1 defending,” she laughed.

“Its been a shift in mindset more than anything I think and then slowly getting used to the position and what is required of me.”

In fact for Sykes, that she has logged 1061 minutes this season has been a welcome surprise – even if it has been at times a big learning curve.

“I knew me coming here there wasn’t a high likelihood of me playing very much to be honest. I was ready for that really,” Sykes revealed.

“My aim was really to just learn from training, from any game time that I could get and from the people around me. So mentally it has been really good for me to have played as much as I have.”

“It has been a good challenge for me to be in this high pressure environment. They expect a lot from the people that are playing here and it is what I needed and a part of my game I needed to work on.” 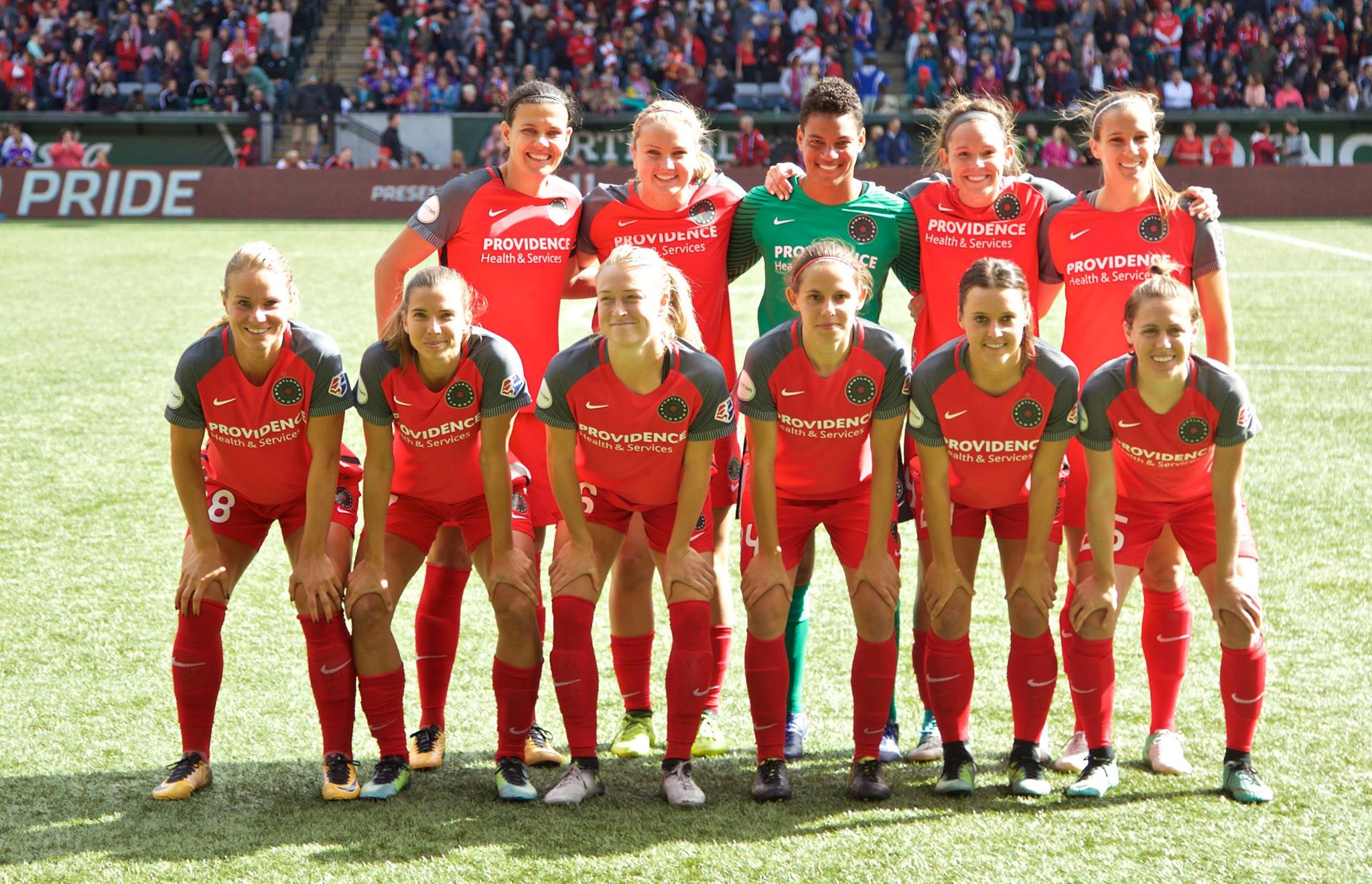 In recent weeks Parsons has rewarded Sykes’ diligence with a move further up the park to more familiar territory.

“Attacking wise it's a very wide position so I get a lot of the ball facing forward, delivering crosses.”

“But I still get to take on players 1v1 which is what I love to do. Just less chances in the box I guess.”

And now in her first NWSL season, Ash Sykes finds herself in an at equal parts familiar and unfamiliar situation – playing off for a championship.

“Yeah, it’s pretty awesome,” she said. “There is a bit more media interest here and hype around the game so it’s a little bit nerve racking going through it with a new team.”

Alongside Sykes on championship final day will be another Australian, Hayley Raso. Raso’s story has been one of rejuvenation in the past 12 months. 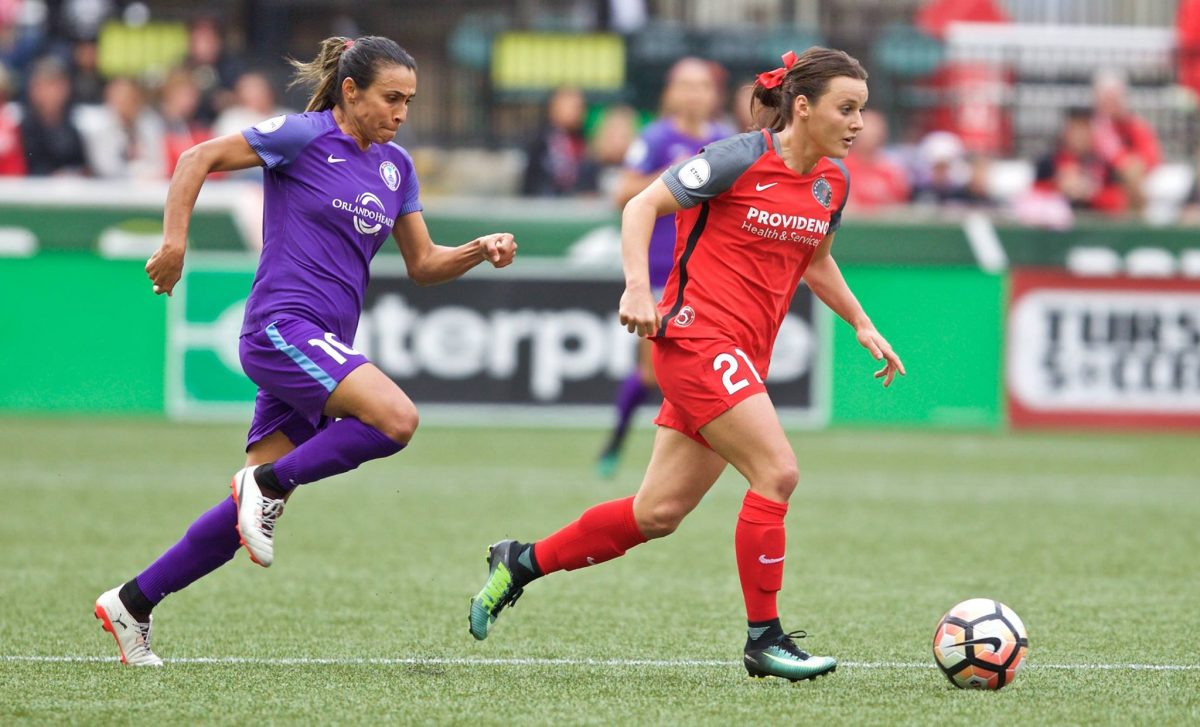 Having played with the striker at Canberra United on two different occasions, Sykes has been pleased to see Raso’s growth first hand.

“It has been awesome to see Hayley go to the next level,” she smiled. “When she first started at Canberra she always had this burst of speed and this willingness to run through a brick wall, or a defender, whoever was in her way to get the ball.”

“Now she is some-one who has the skills, the technique and the finishing ability to be able to do really well in this league.”

“She has been so impressive this year for Portland and I hope she can continue to grow and it has been awesome to sit back and see her success.”

It is not often in sports that the best two teams in a season play off for the title but in the match up between the defending champions North Carolina Courage and the Portland Thorns, that is the situation that awaits NWSL fans.

The two sides are almost mirror images of one another from strong defences, dynamic forward lines and even two British coaches at the helm.

For Sykes, the key to Portland claiming a second championship – and laying claim to the title of most successful NWSL team – is continuing to the execute the game plan that has led them to Orlando.

"Orlando [in the semi final] are a great side and North Carolina is a the same sort of challenge this weekend and we are going to be at our best to beat them.”

“I think most of our game comes built off the back of our team defence – the pressure we put teams under.”

“The whole backline has been immense but not just the backline I think the whole team works well together as a defensive unit and North Carolina are the same.”

“We just have to shut down their physical threats. If we play really well defensively I think the goals will flow from the talent that we have inside that final third.”

The National Women’s Soccer League Championship match will be broadcast on Sunday, 15 October 2017 at 7.30 am (AEDST) streaming live on https://www.nwslsoccer.com.