French Open, Don Bradman, Vegemite? The scope of Ash Barty's success is beginning to become unimaginable for a 23-year-old.

We laud plaudits upon our tennis stars like they're Nobel laureates (actually, far greater than Nobel laureates) and then we sit back and gasp when it results in an ego like Nick Kyrgios.

We're definitely not saying Barty has an ego like Kyrgios, Tomic, Hewitt, Philippoussis...you get the idea. But it can't be easy for the 23-year-old, fresh from her maiden singles major title, to suddenly be honoured at an awards ceremony every second week.

She deserves the credit, here's just hoping she can handle the pressure of Australia's sporting aspirations firmly upon her shoulders, where so many others have been unable to.

“I can’t quite believe it to be honest,” Barty said at the most recent awards night, the Women's Health awards.

“When I look at my fellow nominees this year and people who have won the award before, I feel honoured to be a part of such an inspiring and talented group of Australians.” 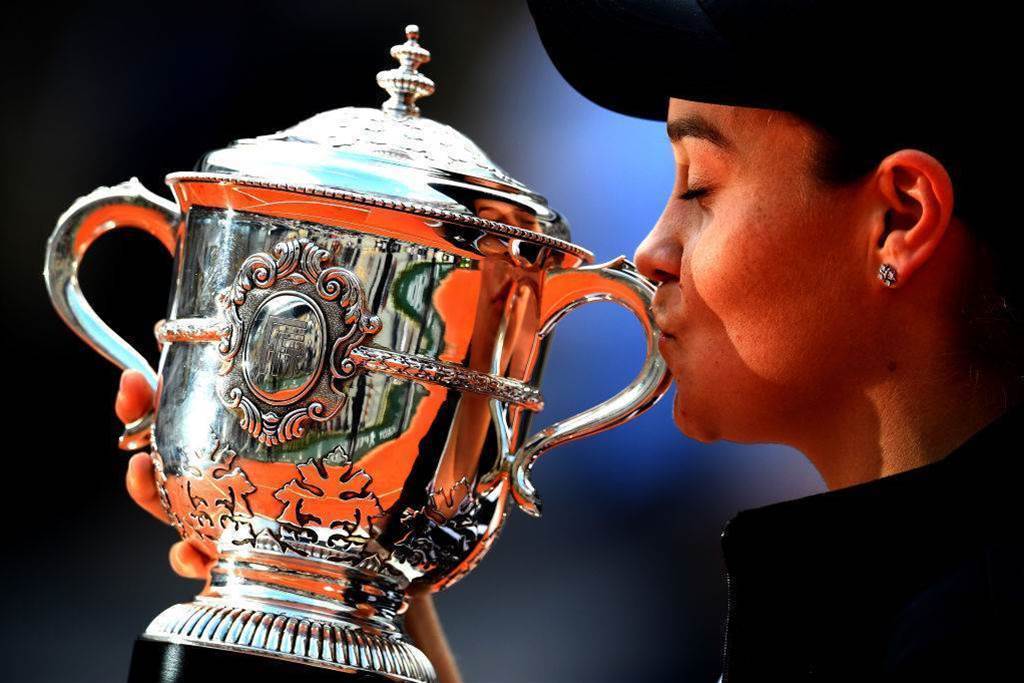 What her form says

At the tournaments immediately following her French Open victory, she seemed understandably under the pressure. Wimbledon and the US Open were a bit of a debacle in the end, while the Canadian Open was also one to forget.

Her comments always followed the typical media line - 'taking it one game at a time', 'not feeling the pressure', etc. But you could see on the court that she was struggling to find the same easy going rhythm that had enabled such a meteoric rise in the first place.

Barty seems like one of the happiest, laid-back characters in world sport, but like anyone, she clearly feels the pressure. It's easy to forget she gave up tennis once before because she wasn't enjoying the limelight.

It's understandable given the huge increase in media attention - she had only recently cracked the top 10 upon winning Roland Garros - that there was going to be a dip in form. But thankfully, she appears to have steadied that ship now.

Solid performances through two Chinese tournaments, while her nearest rivals Karolina Pliskova and Naomi Osaka have been equally inconistent, leave her an almost unbelievably comfortable lead atop the WTA rankings.

Doubles gets a hard wrap

So she'll finish the year as the number one in the world. Only the second Australian woman to ever do so. It's needless to say then, that the deserved awards will keep on coming.

But rather than the volume itself, perhaps it's just a little bit grating, when you consider her previous success, that so many of these awards are only arriving now.

Makes you wonder, where were all these magazines, brands and organisations when she was merely bashing out Doubles Grand Slam finals as a teenager?

Thank you, Sir Donald Bradman, for inspiring a nation and teaching what the true meaning of sport is. I’m so grateful and incredibly humbled to win The Don award and to share a room with so many Australian Sporting Greats ✨ #SAHOF

Mitey proud to be teaming up with @vegemite and launching… a limited-edition BARTYMITE jar! #TastesLikeAustralia #Vegemite

The best of Barty's career triumphs