The Australian Olympic Committee (AOC) has slammed the Australian Institute of Sport's (AIS) major funding cuts in the lead up to Tokyo 2020.

The Courier Mail revealed this morning that funding to athletics, waterpolo, volleyball and sailing from the AIS would be significantly cut if they can't explain why they need it.

Athletics Australia stands to lose about $1.1 million next financial year.

The cuts comes after Australia failed to win a gold medal at the 2016 Olympics in Rio.

AOC Chief Executive Officer Matt Carroll AM says the timing creates enormous problems for sport planning and budgeting ahead of the Games.

“We are realistic. Sports need to be accountable and there is only so much money to go around, but it is very difficult to plan and produce high performance in this environment. There is simply not enough money in the system," he said.

“This is why the AOC recently called for an additional $60 million annually for both participation and high performance. We argued the return to government is a significant community health dividend along with the benefits that Australian athletes performing on the international stage bring, such as national pride, inspiration to our youth and social cohesion.

“Sports that are lifting performance through well thought-out strategic plans, employing coaches and driving improvement in their systems have found themselves abandoned or facing great uncertainty," Carroll said.

The AIS is set to redistribute funds to 12 new high-performance programs including women's football, rugby sevens, surfing and shooting.

Meanwhile, the Olympic Winter Institute of Australia could receive $2.3 million over the next two years. 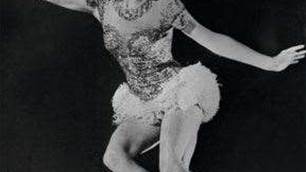