Purcell didn’t look like she’d slowed down at all since a great first season at the Cattery.

The super-consistent midfielder became one of Geelong’s most reliable players during the 2020 season. The 2019 runner-up Geelong best and fairest continued to be one of the best stoppage players in the league, averaging 20 touches a game and ranked 5th in the league for clearances.

Purcell used her elite endurance and explosiveness from contests to get the ball forward quickly to Geelong teammates in the forward 50, just like she did in Geelong’s first win of the season against Richmond in round 4.

Purcell had a terrific game, gathering 20 disposals, 4 tackles and a goal to help steer her side home against the hard-fought Tigers. She continued this ball-finding ability into the next game collecting another 21 touches as Geelong were again victorious.

Olivia Purcell wins a contested possession inside 50. You know the rest 😎#AFLWTigersCats pic.twitter.com/o2Dvqx61Hs 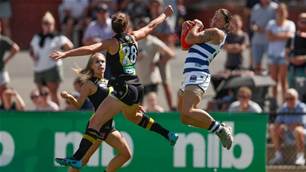 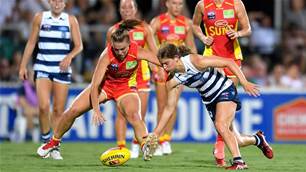 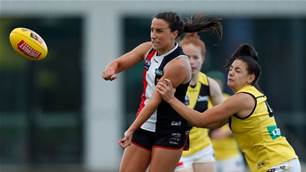