Ferres was the third selection in the 2017 NAB AFL Women's Rookie Draft. The Western Bulldogs quickly upgraded her to the senior list allowing her to make her debut in Round One where the Bulldogs went on to defeat Fremantle.

Ferres has played all seven games this season and has been a consistent performer throughout. 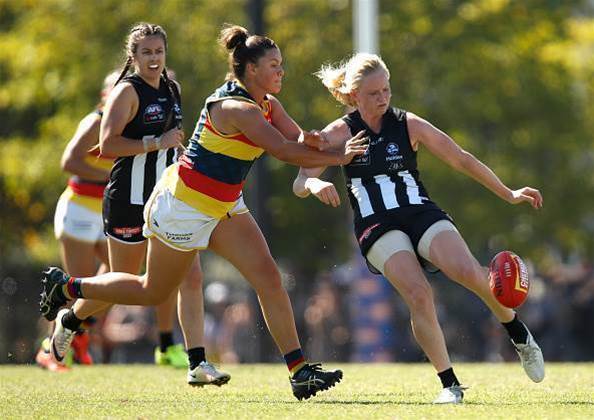 Hatchard has already tasted Premiership success having been part of the Crows inaugural AFLW premiership side.

Joining the Crows as part of the 2016 NAB AFL Women’s Draft, Hatchard has proved a tough competitor.

Hatchard has also previously played elite sport for Adelaide Lightning in the WNBL.