With the 2016 AFC Women's Olympic Qualifiers just days away, here is a quick preview of the six nations who will compete for the two berths at Rio 2016.

With the 2016 AFC Women's Olympic Qualifiers just days away, here is a quick preview of the six nations who will compete for the two berths at Rio 2016. 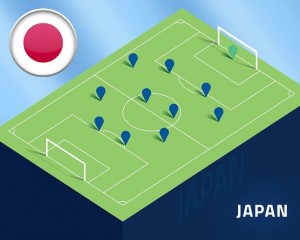 In the past couple of months, Norio Sasaki and his team have looked to put behind them their unexpectedly humbling dethroning as World Champions in Canada last year.

The  Queens of Asia, on paper Nadeshiko's form hasn't looked great but it seems to be the usual case with Sasaki trialling new players in the absence of his European based stars.

With those stars available it will be all but a full strength Japan looking to qualify for Rio 2016 and go one better than their silver medal at London 2012.

Japan’s game starts and ends with possession. Led by 2015 AFC Player of the Year and FIFA Ballon D’or finalist Aya Miyama, Japan dominate from the back to the front with their strong passing game and combination.

Off the ball, Nadeshiko’s organise pressing game means they are rarely without the ball. On the ball, their choreographed movement means players always have options with Japan able to flood areas of the pitch.

The only question for Japan is relation to their ability to score goals and dangerous FFC Frankfurt star Yuki Ogimi will carry a lot of that burden.

For all their possession, the AFC championships often take time to put scoreboard pressure on teams and very rarely put teams to the sword. That gives a little hope to all those who will play them. 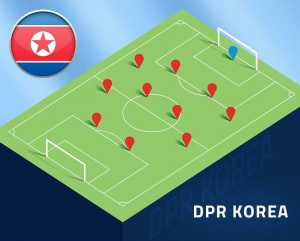 After an absence from the 2014 Asian Cup and 2015 World Cup due to doping, Korea DPR returned to the scene with a bang at the 2015 EAFF Women's East Asian Cup.  On their road to victory, the North Koreans defeated Japan (although not full strength), China and Korea Republic to claim a second title.

To say Korea DPR are an enigma is an understatement.  With the lack of available matches on them, they are equal parts predictable and unpredictable. However if the East Asian Cup is anything to go by, they will prove difficult opposition.

Stereotypes are stereotypes for a reason and North Korea have a reputation for being well drilled, disciplined, fit and very physical.  That is all true but in recent years there has been a little more finesse in their game.

However, Korea prioritise defence and a large percentage of their offence is through rapid counter attacks. Width is at the heart of their attack; using their neat technique, North Korea launch raids with one touch play to release their quick wingers.

In forward Ra Un-Sim and midfielder Wi Jong Sim, the Koreans have two destructive players with the ability to provide quick transition.  Wi Jong Sim is the creative heart while captain Ra Un-Sim has neat foot skills, the ability get out of trouble in tight spaces and great finishing. If Korea DPR are heading to Rio 2016, those two would have had a big say. 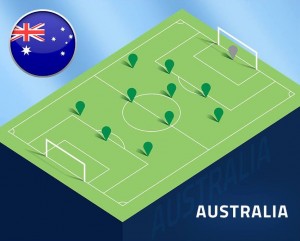 Playing limited internationals since the 2015 World Cup, it is hard to get a read on Australia's form going into the qualifiers.  Disjointed performances against England and China last year were followed up by a much improved win over Korea Republic.

All the noise coming out of the Australian camp is a quiet confidence that they can become the first Australian team to qualify for the Olympics out of the Asian confederation.

The Matildas are all about pace, mobility and possession. This is a team that is not afraid to go out and attack with offensive minded players across the board from the full backs to the forwards. The names are familiar; Gorry, Van Egmond, Simon, De Vanna, Foord, Catley to name a few.

Defensively the Matildas have also been relatively sound, conceding only 4 goals in their last seven matches.  On the other hand multiple goal games have been hard to come by as well against their high level opposition.  It's not for a lack of creativity, Australia certainly fashions their fair share of chances, but like Japan, their Rio chances will hinge on converting more often than not.

Like Japan, Australia's squad runs deep and it is one of the big positives for Australia in terms of rotation from match to match. 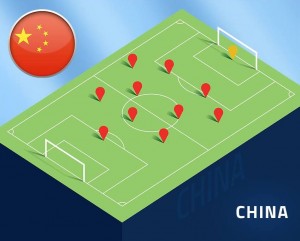 After being absent from the world stage for a number of years, China are still looking to get their groove back and return to the success of the heady days of the mid to late 1990s.

The appointment of Frenchman Bruno Bini has seen a run of results – including a win over USA late last year - that has China as one of the in-form nations heading in the qualifiers.

The 2015 World Cup demonstrated the defensive stability of the Steel Roses. China are a well drilled and disciplined team with their defenders, led by captain Li Dongna, possessing excellent positional awareness and strong one-on-one capabilities. Whether the upheaval regarding the absence of goalkeeper Wang Fei is felt remains to be seen. However Zhao Lina has impressed in matches against top calibre opposition.

Bini’s appointment has looked to address the one criticism of China; a lack of attacking intent.

It’s not like they are without the players to do so, especially out wide. Winger Han Peng is one of China’s keys with her ability to cut inside, commit defenders in 1v1s and provide good balls into the box. Attacking midfielder Wang Shuang has been called on lately to provide creativity and forward Wang Shanshan the finish. 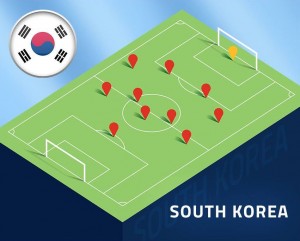 South Korea are one of the hardest working sides in the AFC. Like most of the top Asian teams, it is almost a given that Doon’s team is technical sound and defensively competent.

When you look across the South Korean team there is an abundance of talent. From the hard working midfield anchor Cho Sohyun to the skilful Jeon Gaeul and the intelligent and beautifully balanced Ji Soyun. Doon has also included the “next big thing” in Korean football, Jang Selgi, to give more options off the bench.

While their first XI is close to as good as any, Korea have often struggled for depth and it could provide their downfall in Osaka. 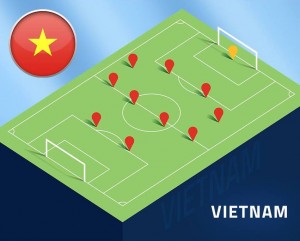 To say Vietnam are outsiders in this tournament is an understatement. While it might sound disrespectful, the brutal truth is, their tournament is more of a learning experience for the "Golden Girls".

While the Vietnamese have made great strides in recent years, it has been a difficult task against Asia's elite.

Vietnam will present a very compact wall with the number of bodies behind the wall the challenge for the opposition.

Offensively it will be about veteran Nguyen Thi Minh Nguyet with their star striker netting 6 goals in qualifying to assist them into the final round of qualifying.