While Australian fans have been delighted with the Matildas’ march to the Olympic Games with four consecutive victories, in the AFC qualifiers, what has had less attention is that the side is now on the verge of reaching the Top 5 in the FIFA Women’s World Rankings.

While Australian fans have been delighted with the Matildas’ march to the Olympic Games with four consecutive victories, in the AFC qualifiers, what has had less attention is that the side is now on the verge of reaching the Top 5 in the FIFA Women’s World Rankings.

With the rankings being released only four times each year, it can take a few weeks or even a couple of months for the rankings to reflect a tournament performance like the one the Matildas have exhibited over the last 10 days.

The men’s world rankings system, which has regularly been scorned by those who closely follow the international football scene, works loosely on the same principle as a domestic league or World Cup group: 3 points for a win, 1 point for a draw, 0 for a loss, with other factors multiplied by the score earned for the game.

Furthermore, as all additional factors are multiplied to a side’s points for the result, a side scores zero points whenever they lose, be it Australia losing 1-0 to Germany or Germany losing 10-0 to Australia. 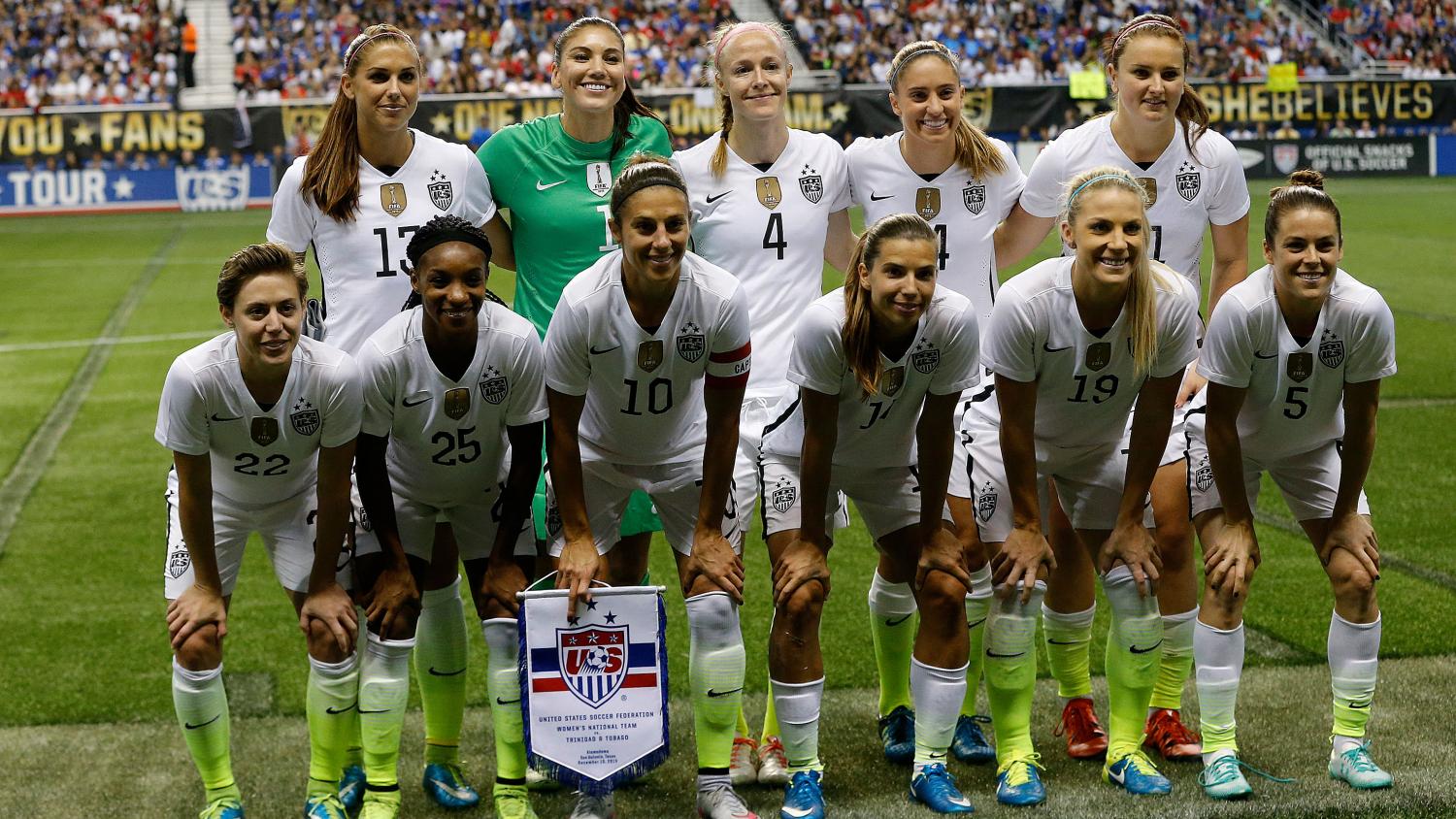 The women’s ranking system is more reflective of performances and results. It is based loosely on the Elo rating system, which is used primarily for chess.

This system does not account for a team’s confederation, nor does it base its calculation on a team’s position in the rankings as the men’s system does.

It also allows a team to earn points for a loss in a strong performance against a more fancied opponent.

How the women's ranking system works

The system uses the teams’ current ranking points and the location of the match to come up with the expected match result, and from this, rankings points are distributed between the two teams.

For example, in a hypothetical match between France and Switzerland, the expected result as generated by the calculation may be a 3-1 victory to France.

If France win only 1-0, they will lose a small amount of points as they have not performed as well as they should have.

However, Switzerland will gain a small amount of points as, despite losing, they have outperformed their expectations.

By only taking into account each team’s relative strength and the location of the match, the system is far more balanced than the men’s.

Weak teams in strong confederations do not receive bonuses simply due to geography, and home advantage is properly factored into games.

There is also no reward for scheduling weaker teams in friendly matches, as the calculated expected result means it is simply not possible to rack up points against weaker teams at the rate that is possible with the men’s rankings.

Matildas moving on up 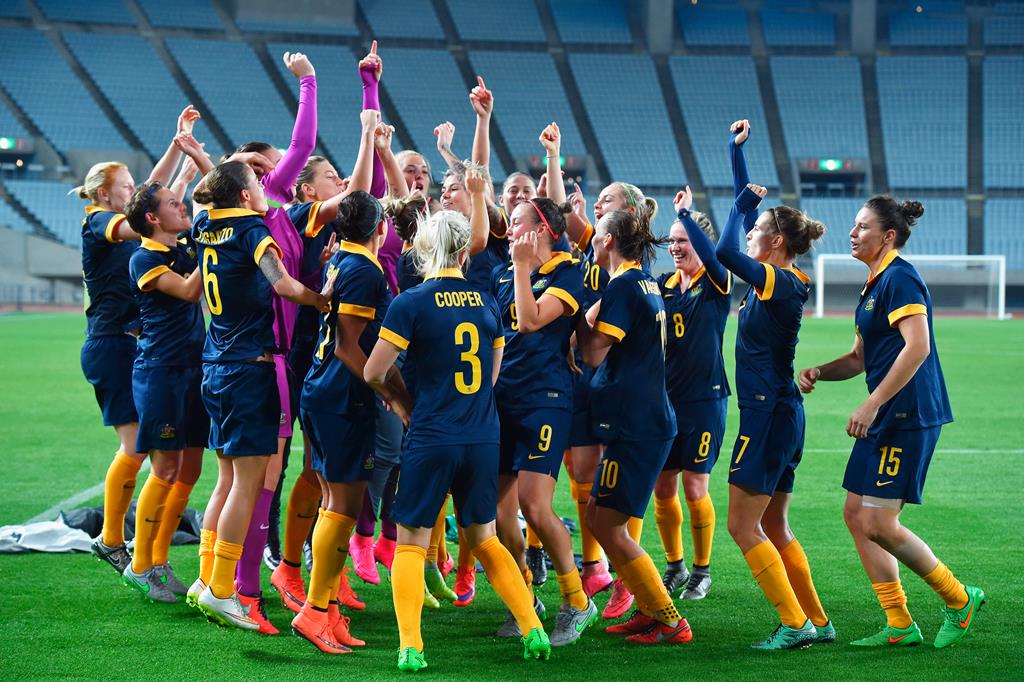 Plenty to dance about: Australia has is set to dethrone Japan as AFC's no. 1 for the first time in 6 years (Getty Images)

So how has the formula affected Australia’s ranking this week? Let’s take a look.

At the last rankings release, the rankings of the teams involved in the AFC Olympic Games Qualifiers were:

For reference, the United States were in first place at the last rankings release on 2180 points, with Germany second on 2109.

Firstly, it needs to be noted that the all the Olympic Qualifiers have a  match importance multiplier of 3 (out of a maximum of 4).

With Japan playing at home, not only did the Matildas have the opportunity to get off to a good start in the qualifiers, but they also had the chance to pick up a swag of rankings points.

With Japan’s home advantage factored in, it meant the Matildas were playing a team, in the rankings system’s eyes, somewhere between 1st placed United States and 2nd placed Germany.

A 3-1 victory saw the Matildas take 29 points off Japan, moving the Matildas even with Korea DPR on 1993 points and dropping Japan to 2016 points.

This represents a massive 58 point turnaround between the two teams, equal to 71% of the 81 point gap between Australia and Japan prior to the game.

Remarkably, the Matildas’ 9-0 demolition of Vietnam scored less rankings points for the Aussies than the 3-1 win over Japan.

This is due to the expectation that Australia would handsomely defeat Vietnam, whereas the result over Japan was considered an upset, especially on Japan’s home patch.

The Matildas performed at or above the rankings’ expected result in each of their first four matches in the recent tournament, with only the final day draw against China seeing Australia drop rankings points.

This meant that they accumulated additional points in each of those first four matches. With each of these scores multiplied by 3 due to the importance of the matches, it allowed for the Matildas to make an impressive charge up the world rankings. 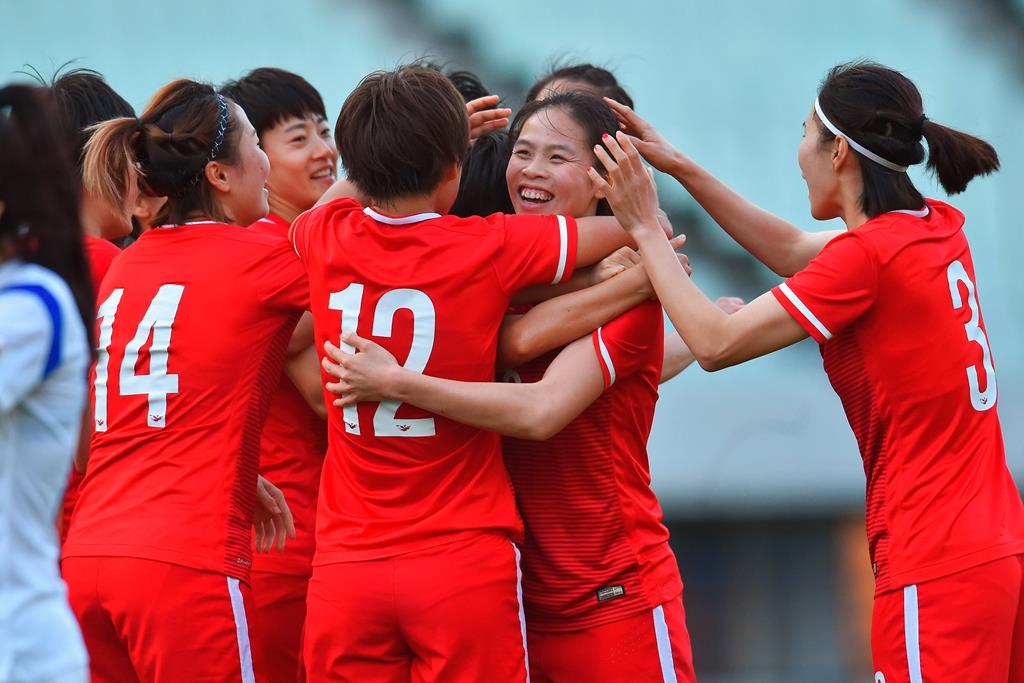 Conversely, as Japan performed below expectations in almost every game, they lost points in each game.

Further hindered by risking more points by playing at home, Japan are predicted to tumble from 4th to 7th, with only their final day win keeping them above Korea DPR, whose performances saw their score drop, but not quite as alarmingly as Japan’s.

When all had been said and done, the predicted final rankings points were:

What we can glean from this information is that the teams that were originally 3rd and 4th best in Asia - Australia and China - have, by performing well in an important tournament as well as defeating a highly ranked home team, seen their scores rocket up.

The importance of these matches is the major factor at play - if the 15 matches played in this week’s tournament were friendlies, Australia would still rise to 6th, but Japan would still sit in 5th despite a raft of poor results this week.

As with any rankings system, there will always be inequities and problems.

For example, how do you justify that a World Cup match is four times more important than a friendly? It is an arbitrary number with no real meaning.

Whilst it is true that matches at major tournaments are more important than friendlies, how is this quantified? It is but a small issue, though.

Could the rankings calculation be improved? Almost certainly, but when compared with the system that is the men’s world rankings, women’s football has definitely got one over the men in this regard. 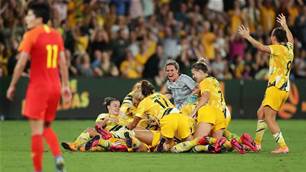