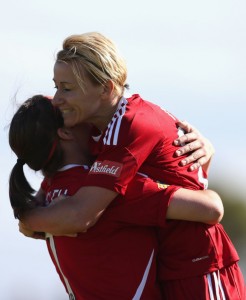 Of the new faces the most notable is former Matildas captain and goalkeeper Melissa Barbieri. Barbieri was one of the first signings by Aloisi and is set to be a key part of a young Adelaide defence.  Along with experienced Aloisi has also recruited Laura Stockdale from the LA Strikers to form a strong spine and leadership group.

In his significant alternation of the squad, the former Adelaide Untied captain has looked to reward local young talent with Jessica Nagel, Emily Condon and Isobel Hodgson all getting a chance at the top level.

In a further boost, the team has secured a front of shirt sponsor with  SA Power Networks coming on board.

“The Federation is delighted to be associated with SA Power Networks. The opportunity this partnership presents both parties is very exciting” said Football Federation SA Chief Executive Officer Michael Carter.

SA Power Networks Chief Executive Officer Rob Stobbe said the electricity distributor was excited to be ‘Front of Shirt’ sponsor of the team.

“We have a track record of encouraging and supporting women’s sport and we believe the Lady Reds Westfield W-League team provides a great focus for encouraging more women into the world game.

“The Lady Reds has brought together a great team, including Coach Ross Aloisi and Captain Kristy Moore, and we look forward to them kicking goals for SA.”

Adelaide United kick off their season this Sunday, 10 November when they travel to face the Western Sydney Wanderers. 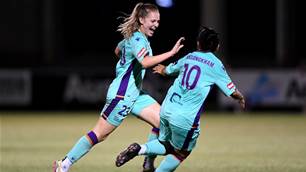