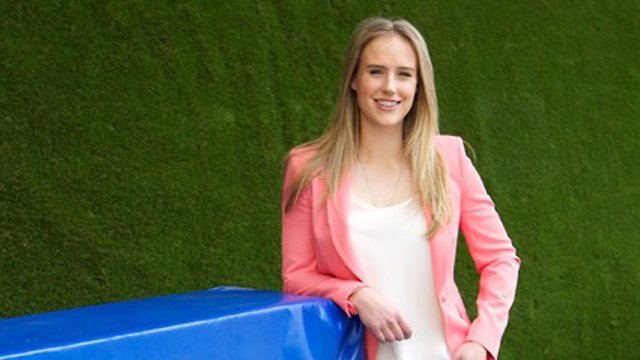 ABC TV will return to the live broadcast of one match per round in a re-vamp of the broadcasting of the 2013/14 W-League which is set to see Fox Sports air matches for the first time.

A long-time partner, ABC TV will return to the airing of the "Match of the Round" on Sunday afternoon at 3pm.  The new day is a consequence of an enhanced broadcasting deal with the WNBL.

In an exclusive upcoming interview with The Women's Game, Head of the W-League Damien de Bohun was pleased with the return to live broadcasts.

"We have managed to go back to the ABC and shift the games back to live broadcasts," said de Bohun.

"I think is a really good step back in the right direction and that will engage a lot more fans."

The ABC TV combination of Peter Wilkins and host Stephanie Brantz are set to return while question of expert commentator is still one we have been unable to confirm.

Meanwhile The Women's Game has been able to ascertain that Fox Sports is set to put to air its first W-League matches this season with the A-League host broadcaster committing to air two W-League/A-League double headers.

While it will only be two matches in Season Six, including the Sydney FC v Melbourne Victory clash on 15 December 2013, there is talk this could grow particularly in light of a new concerted effort by de Bohun and the FFA to connect all parts of the game.

"I have been pleased with how some of the A-League clubs have really started to embrace their W-League teams."

This news follows on from Fox Sports announcement last month that Sydney FC defender Ellyse Perry would be joining the organisation as a specialist commentator.

With several Australians including Sam Kerr, Lisa De Vanna and Caitlin Foord performing well in the American National Women's Soccer League, as well as several high profile internationals Nadine Angerer and Lori Lindsey, the W-League has found an upsurge in support and interest.

Increased online coverage, as provided by the NWSL, the Frauen Bundesliga and several other women's leagues worldwide could open up the W-League to a greater audience. Unfortunately that will not be occurring this season but de Bohun states that the W-League is seriously canvasing future digital partnerships.

"From our perspective we really want to focus and build our broadcast partnership with the ABC  and make that world class."

"Equally there are a number of opportunities that are emerging through our digital partnerships which will be announced in the coming weeks.  There are a number of things we are looking at on the digital platform to bring international content into Australia and also to take it overseas."

The W-League kicks off this Saturday, 9 November 2013.