As Melbourne Victory’s highest goalscorer, Caitlin Friend is a player who needs little introduction around the W-League circuit.

Friend has been busy during the W-League off season, signing a contract with FA WSL team Notts County Ladies FC and improving her already impressive skills and fitness.

With some valuable lessons in her kit bag, Friend has returned to Australia and hopes to help Victory repeat their finals success.

Welcome back Caitlin. How did you feel missing the beginning of the season for the first time?

Obviously the season started a lot earlier than I anticipated. I was hoping to be home for the start. That was really annoying.

You’ve been overseas playing for Notts County Ladies FC in the FA WSL. What impressed you most about the club?

We were in houses with team mates and the coaches were there every single day to support you. It was all about football.

What position(s) did you play at Notts? Did you have some variety with where you played? 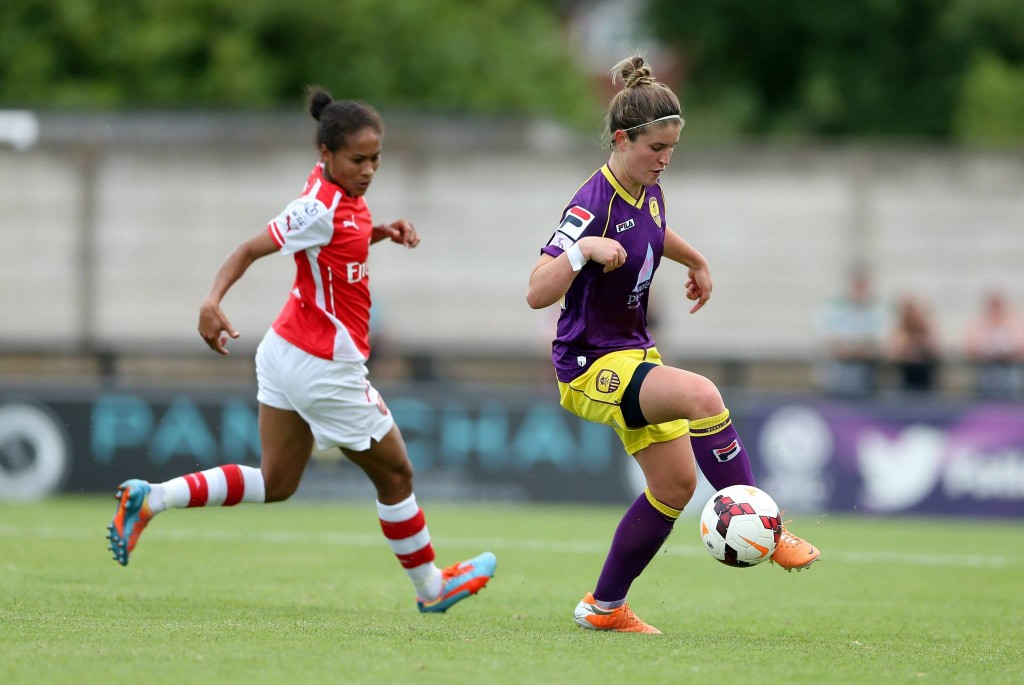 I was definitely not a number 9. I played left midfield for the majority of the season which is a massive defensive role compared to what I’m used to.

It was a shock to the system but it was also awesome to develop that side of my game because it was something I have been lacking in the past.

So I was playing left wing, a much more defensive role with Notts and sometimes on the right, but in terms of playing in the middle, I didn’t at all.

What key thing do you think you improved most while overseas? Was it that defensive awareness?

100%. At the start of the season I was completely unaware of the right defender going on and I had to track back.

Just that whole defensive compactness and tracking back your runners, I learnt so much about that this year.

Are there going to be any surprises with Joe maybe putting you in a similar position or is that something we’re going to have to wait and see on the weekend?

You’re going to have to wait and see.

Who were the best players that you played with over in England?

I played alongside Ellen White, one of the England strikers, who unfortunately did her ACL at the start of the season. She was by far the best striker I have ever seen in my life.

I played alongside Des Scott, the Canadian International player, who was also unbelievable.

I hate to say it but I have never played with a keeper that I could ever compare with Bri Davey and Carly Telford is definitely up there. She was unbelievable as well.

Carly is fond of the W-League and knows all about it and likes to keep up to date. She loves the league but she was obviously in two minds with the World Cup coming up.

There were some really high profile players and talented players.

Are there any players you think are interested coming out to the W-League in the next season or two?

It’s kind of perfect how it works so well in the off season.

They’re so interested in this league. They all want to come and play.

"The amount of players who are interested to come out to Australia to play in the W-League is unbelievable."

What was it like playing in the FA Cup and Continental Cup? Is it similar to the NPL structure that has been introduced here?

The WSL teams don’t get involved until round 4 and the lower league battle it off until then and then it’s pretty much all the teams around England. 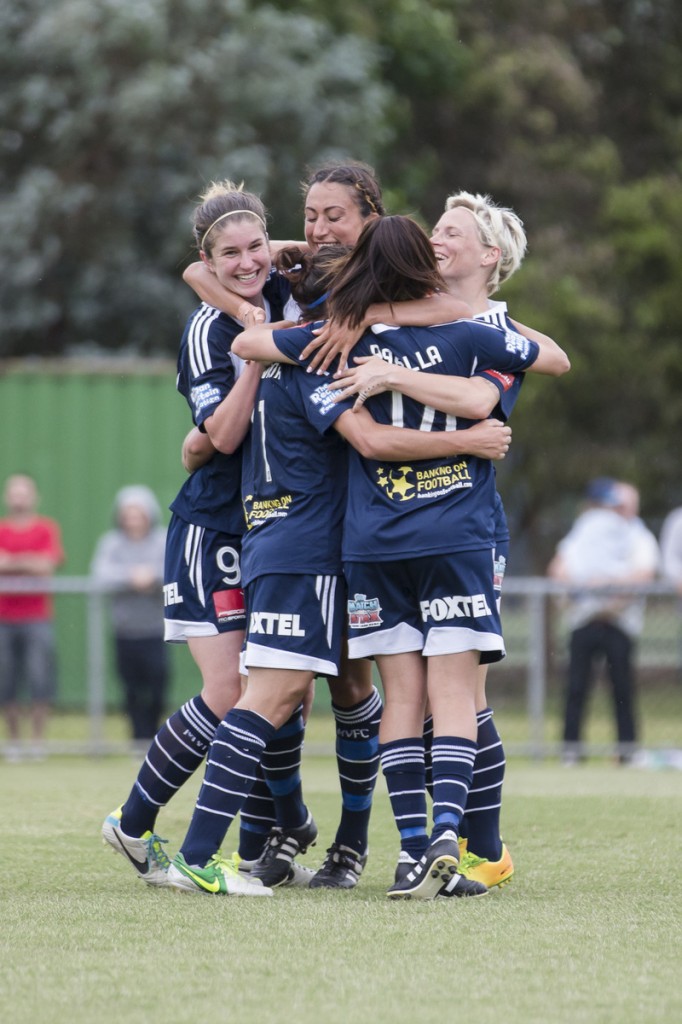 The FA Cup is huge. The final for that gets a massive crowd. It’s on the main TV stream and it’s really big whereas the Continental Cup is not so big.

The only struggle with that is that it’s played when you’re playing in the league so at times you’re playing three matches a week for three consecutive weeks. It’s so hard on the body but it’s pretty cool still.

Victory just played three games in eight days in the lead up to heading off to Japan for the IWCC. Is getting to Japan something on your radar?

For sure. Obviously last year was huge. We made such a good effort to win the grand final so it would be awesome to go to Japan with the team but I will just have to fight for that position I guess.

How much of the W-League did you follow while you were overseas and what did you notice about the season good and bad:

I was in good contact with my teammates like Steph Catley and Bri [Davey] and they were giving me updates.

Also Twitter these days makes it so easy to follow sport. That was good in terms of following our game progress and who we were signing.

I just didn’t get to see much footage. I just saw highlights on ABC. The time difference was annoying because I was just waking up when the games were all finished so I couldn’t really keep updated ‘live’.

Have you seen enough of Victory over the last couple of weeks since you’ve returned to perhaps call out one good thing that you’ve really enjoyed and one thing you hope Victory can change in the next couple of weeks?

I watched the Canberra game and the Brisbane game. I love how Joe [Montemurro] plays. He plays a lot of possession football and I think that suits my game a lot.

I honestly believe we have been unlucky the last couple of weeks because we’ve had some really good plays of football.

Missing [Lisa] De Vanna over the last couple of weeks has killed us but hopefully with her back this week, we can get that friendship link and hopefully we can do well.

What do you think of the other matches that you’ve seen?

I feel like it’s very similar to England but it’s very open. One team could be dominating one second and then the other team scores and you just don’t know who is going to win because of counterattacks. There are options everywhere.

Hopefully I will get a lot more opportunity in front of goal with Melbourne.

How do you think your style of play will fit with Lisa De Vanna and Racheal Quigley playing style?

I pride myself on being in the right position at the right time and hopefully netting a few of her assists.

I think I’m a bit more of a ‘hold the ball up’ player whereas players like Racheal [Quigley] and Christine Nairn and De Vanna can run off me and that will benefit the team in scoring goals.