Western United have received an A-League Women licence and will enter a team in the 2022-23 season.

The A-League Women will expand to 11 teams with United's entry, a season after Wellington Phoenix joined.

United announced the news at a club function ahead of their A-League Men team's elimination final.

"This is a special day in the history of our club. This is one of those days that will stick out on the timeline when you look back 10, 20, 30 years from now," club chairman Jason Sourasis said.

"To be a truly equal, inclusive club and to represent all people in the west, it was a non-negotiable from the start that Western United needed to have a women's team.

"For Western United to enter the league, just in time as the Women's World Cup comes to Australia next year, is massive.

"Everyone at the club is excited about this next step in our journey and we are all committed to bringing success on the pitch with our women's pathway."

United's entry is expected to tie in with an extension of the A-League Women season length ahead of the Women's World Cup, with the APL set to make further announcements in the coming months.

The A-League newcomers, who have an established partnership with NPLW team Calder United, will soon appoint coaching and football department staff and begin compiling their inaugural squad. 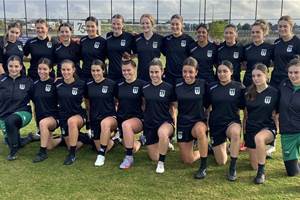 Central Coast were also originally expected to join for the upcoming season.

The Mariners want to have an A-League Women's team again, for the first time since 2009, and are still presenting their proposal to the APL and Football Australia, amid Anytime Fitness co-founder Richard Peil recently buying into the club.

Reis has made 43 appearances since signing in January 2021 and has won two premierships and a championship with City, establishing himself as a consistently reliable centre-back. 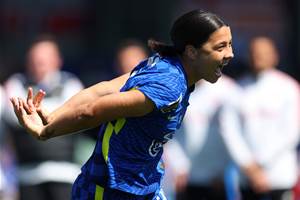