Each week we will take a look at one upcoming A-League Women's game and talk about it’s context in the competition and potential as a spectacle. This week's game: Sydney FC vs Western Sydney Wanderers.

Every game in the A-League Women's round four is loaded with importance. Brisbane and Canberra United are both looking for their first wins. There is a Melbourne derby and Wellington face Newcastle weeks after being beaten 5-1.  The Sydney Derby however will be a match-up with big consequences.

A review of last round's A-League action can be found on The Women's Game.

For fans and neutrals, the Sydney Derby will be one to watch. The Western Sydney Wanderers have yet to win a game this season.  There is hope, Ashlie Crofts' late equalizer against Newcastle Jets last week did buoy their spirits.

Sydney FC on the other hand are flying.  They have three wins from three and have just brought Chilean star Maria Rojas into the squad.  The Blues are a team in form.  Jessika Nash has quickly become accustomed to a new right back role, and the midfield of Sarah Hunter, Mackenzie Hawkesby and Taylor Ray is protecting the back four while linking with the attack.

At this point, Sydney FC are possibly the only side able to field something close to a fully fit first choice eleven.  Moreover, everybody in the squad are in form.

By contrast, Western Sydney are a team that needs some good news in a tough week. On field, things have not been easy. The season is still in the early rounds, but it is short and Wanderers need to start improving results soon to make the finals.

Playmaker Libby Copus-Brown was withdrawn from against Newcastle in the first half with breathing difficulties and their Matildas striker Bryleeh Henry was unable to start the first two matches.

Off-field it has been a turbulent week for the club. The poor form of the men’s team has drawn in the A-League Women’s side. Ex women's manager, Dean Heffernan took to twitter to reveal his dissatisfaction with the club culture and reasons for his departure.

Winning one game does not solve all the problems at Western Sydney but it will matter. They have the quality on paper to make the top four and would have expected more from themselves in the opening rounds.

This is a game against the league leaders, the in form team and a local derby. It is a chance to improve their form and lift supporter’s spirits. If Wanderers can get a result against their crosstown rivals it would be huge for them.

On the other side, Sydney FC have the expectation of a winning season. Given their mix of star power, depth and current form they are expecting a minimum of to bring home one trophy.

The only other club with a perfect record is Melbourne Victory and they face a Melbourne City side that could have beaten them in round two.

Sydney FC can possibly go a game clear at the top of the table with another win. Western Sydney can reboot their season and give the entire club a lift.

Two weeks ago, Sydney FC easily won 2-0 but Wanderers has since showed significant improvement against Newcastle Jets. They will be eager to make amends for that first derby loss.

This game is high on consequence and quality. Local derbies are always a fun occasion and this one has the potential to be the A-League Women’s match of the round. 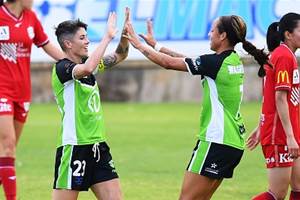 Four A-League Women's games are scheduled for this week's Round four, after the Perth Glory versus Adelaide United match was postponed. 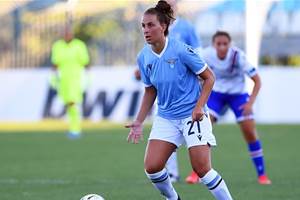