The Matildas left it late as a much improved New Zealand forced the home team to share the spoils in a 1-1 finish at Etihad Stadium.

The Matildas left it late as a much improved New Zealand forced the home team to share the spoils in a 1-1 finish at Etihad Stadium.

Up until recent months the Matildas had spent more time around each other than they had their own families and for the first time in quite a long time it looked as though that critical connection had been interrupted.

In what was an uncharacteristically scrappy affair the Matildas struggled to find their signature cohesion and invited unnecessary pressure through unforced errors and wayward passing despite dominating possession. In terms of Olympic preparation the Matildas month long Brazilian camp couldn't come sooner.

"I think our level of performance was a significant level lower than the other day (when Australia beat New Zealand 2-0 in Ballarat)," said Alen Stajcic.

"Our technique and first touch let us down, our decision making on the ball, the amount of turnovers in the back half was way too high."

In a case of once bitten, twice shy the Football Ferns entered Game 2 with a point to prove. Having withstood a flurry of Matildas chances, thanks in most part to some standout shot stopping from Erin Nayler, in Game 1 the Ferns took to the Etihad with a rejuvenated attack headlined by a high press that stretched and exposed the Matildas defence.

Rattling the woodwork on more than one occasion the Ferns will feel hard done by to not have extended their lead but will take an air of confidence with them to Rio that will settle any nerves around recent disappointment in front of goal.

For the second time in as many matches Matildas and Orlando Pride fans alike held their breath as Stephanie Catley lay on the pitch calling for the medical team.

The evolution of Catley from promising youngster to one of the most sought after left backs in women's football worldwide has seen her deservingly cement her position in the nation team but it also raises the question; what happens if Catley is injured at a major tournament? Considering the width, speed, defensive cover and attacking prowess that the ever reliable Catley offers the Matildas would be hard pressed to find a protégé to fill her boots.

Unable to settle into their usual rhythm and obviously aware of the games sub-par quality the Matildas showed signs of frustration, particularly in the final third. Patches of positive play and silky exchanges were let down by rushed attempts on goal that, while ambitious failed to register shots on target.

You got the impression that the Matildas would have found more joy slowing the pace down, controlling the ball and waiting for better opportunities rather than trying to force it.

“Games are the truest exam of a footballer’s ability aren’t they?"

Following on from confident displays in Game 1 both Caitlin Foord and Alanna Kennedy made their presence known at the Etihad. While better contained in their second outing, Foord menaced the Ferns defence shrugging off defenders with dazzling runs that offer the Matildas yet another exciting attacking prospect heading into Rio.

At the opposite end of the field Kennedy contributed another assured performance often the difference in defusing sure-thing goal scoring opportunities. Having worked hard to secure her starting position since the Women's World Cup in Canada, Kennedy's proficient distribution and intelligent running to turn defence into attack adds yet another layer of confidence for the Matildas ahead of the Olympics. 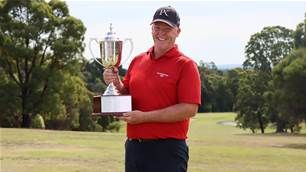