It's perhaps unsurprising that each of the Young Matildas' group stage matches have shown us tactical and performance variations, given Leah Blayney's insistence on rotating the squad.

It's been particularly interesting to see the depth of talent the Young Tillies possess. Yes, the first game was a write-off in hindsight, but Blayney's choice to field fresh faces for each match has proven both exciting and effective.

It's a testament to the depth of talent we have at this level. Our passing accuracy has perhaps faltered as a result - although it's more likely that this is a genuine weakness of our team - but the overall approach hasn't altered dramatically regardless.

Blayney's also shown a willingness to chop-and-change a player's position, with Shadeene Evans pushed to the right wing after appearing at left-back. It's fascinating from a developmental perspective and has the added benefit of making us unpredictable to our opponents.

But it can play havoc with our defensive organisation, even if you largely maintain the same two centrebacks, due to our reliance on bombing high through the fullbacks.

We copped fast-breaks out-wide relentlessly in our first game and it didn't get much better this evening. Vietnam were similarly able to attack quickly and relatively unchallenged down the flanks, garnering a lot of success cutting inside while our defenders chased their own tails.

All the excuses aside, ultimately we were lucky to progress from the group stage. We're going to need a lot more than luck against Japan. 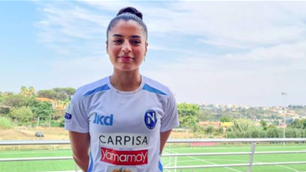