HOW GOOD IS MARY FOWLER?

If Ronaldo was a petite 16-year-old Australian girl rather than a 45-year-old overweight male Brazilian, this is what he'd play like. In fact, stuff Ronaldo, that first goal was Michelle Heyman-esque. Now we're talking.

Not sure if we've seen her pass the ball yet, but we're sure she'd be great at that too. There's a lackadaisical nature to Fowler's play that you only see in truly exceptional technical abilities.

They're the kids in the playground that luxuriate on the ball, the one's you swear you're going to get this time, moments before they flick the ball between your legs and send you sprawling on the asphalt.

It will be very interesting to see her debut W-League season at Adelaide United this year. As Ivan Karlovic said, "every team wanted her" for a reason.

We'll be almost sad to see her develop this languid style into the explosive weapon she'll almost certainly become. But it will be a privilege to watch nonetheless.

It wasn't just Fowler though, Shadeene Evans was an absolute monster down that right-hand side with a raw aggressive intimidation factor that we haven't seen since Cheryl Salisbury.

Massive individual talents. Can they can become a team? We'll have to wait and see... 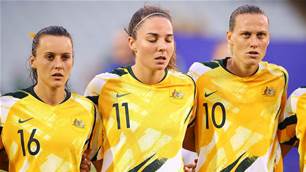 Ruthless Matildas aim to keep the heat on Thailand 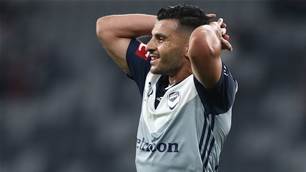 Smash it down! Victory steel for crucial A-League rebuild