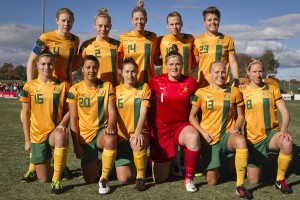 The Matildas have been ensconced in the FIFA top 10 since July 2011 but in August the national team rose to it’s highest ever ranking.

On the back of wins against New Zealand and a big 2-0 win over France, Australia jumped two places to No.8.

It was the highest ranking for an Australian football team ever and raising them above the likes of Norway, Denmark and England.

Copyright ©The Women's Game All rights reserved.
Tags:
featuresfootballmatildastop 10 of 2013