The Women's World Cup will be the stage for the stars of the game to strut their stuff but it is also a chance for those players who, apart from "die hard" supporters, are rarely acclaimed.

The Women's World Cup will be the stage for the stars of the game to strut their stuff but it is also a chance for those players who, apart from "die hard" supporters, are rarely acclaimed.

Here are our 10 "unsung heroes" to watch: 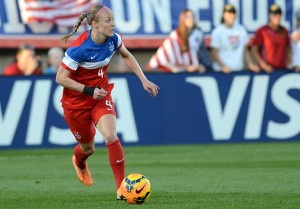 We know many of the USA's big names. Heck, you can argue the whole team full of big names, but one key player is Becky Sauerbrunn. Over the past couple of years, Sauerbrunn has gained a quiet appreciation from dedicated USA fans as a premier defender.

Positionally excellent, great in 1v1 situations and strong in the tackle, the Kansas City centre-back has emerged as the USA's no. 1 defender, surpassing even captain Christie Rampone.

While teammates Marta, Cristiane and Formiga are usually the first to receive the attention, 32 year old Rosana dos Santos Augusto has been a key part of the Brazilian midfield for 15 years.

Every now and then the quiet midfielder gains the plaudits she deserves but as a consistent and unflappable part of the Brazilian engine room, if As Canarinhas are to go deep in the World Cup, she needs a good tournament.

Chapman is an example of "persistence pays." When Canada was crying out for a consistent left full back, the 26-year-old took the opportunity given to her by John Herdman with both hands. Although not the quickest of players, Chapman combines solid defence with attacking runs to support the forward line. 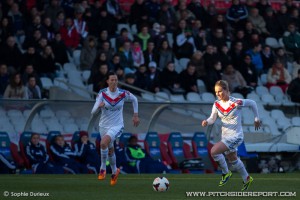 Long one of France's best kept secrets, the defensive midfielder earned much deserved praise for her stellar performance in France's win against the United States earlier this year.

Henry is the tuck in player that allows the likes of Camille Abily and Lousia Necib the freedom to get forward without fear of holes in the midfield. While not a flashy player her midfield hustle often disrupts or breaks down opposition attacks while her short passes get France on their way. Oh and she is also good for a bomb of a goal every now and then.

I can hear you asking, how can a player who has played 120 times for Germany and scored 33 goals, including the Euro 2013 winning goal be underrated? Well with so many excellent German players in the team, from Keßler (injured), Sasic, Laudehr, Popp, Maroszan and Goeßling, Mittag often gets lost in the shuffle. Physically strong, smart with her runs and with a good finishing skills, Mittag is yet another German attacker that can cause considerable damage.

24 year-old Sugasawa finished 2014 as one of the top strikers in the Japanese league. Blessed with all the skills you would expect from a Japanese player, Sugasawa will be one of the players Norio Sasaki will be calling upon to share the scoring duties in Japan's World Cup defence. 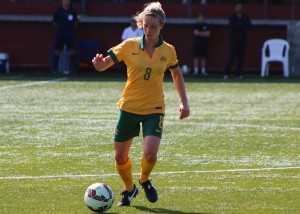 A personal favourite to watch, Korean captain Cho is an intelligent defensive midfielder who is strong on the ball and provides a dual role of screening the Korean defence while acting as a springboard for attack. Her game reading is one of the best and the 26-year-old has added the goalscoring string to her bow in the last 12 months. Her partnership with Ji So Yun could see Korea Republic progress far in only their second World Cup.

Van de Donk is another name who is much appreciated in her homeland but yet to gain the international attention. A tireless midfielder with a big engine, van de Donk is fast, technically gifted with the ability to not only see the pass but make it in key situations. 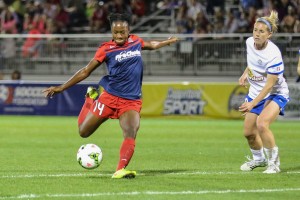 Standing only 5ft 2, Gregorius will be carrying a lot of expectation on her small shoulders. A fixture in the national team since 2010, the pacy striker's importance to the team has been steadily growing. Playing club football in Japan has seen the 27-year-old Kiwi develop tactically and technically and the 27-year-old will be key to the Kiwi's World Cup aspirations.

While teammate Oshoala deservedly gains the spotlight, Ordega is a player with all the similar attributes of her younger teammate; pace, power and finishing. The 21-year-old has already demonstrated her ability to turn defenders inside out in the NWSL with the Washington Spirit.