After the game against Newcastle Jets in Round 6, my phone has been receiving constant messages of love and support; funnily enough my brain could barely take any of it in.

After the game against Newcastle Jets in Round 6, my phone has been receiving constant messages of love and support; funnily enough my brain could barely take any of it in.

I couldn't even bare to read through them all after the game on that Sunday. I was numb. Numb of all feelings.

The numbness was my body's way of protecting me from the emotional trauma I knew was coming.

The messages of "stay positive", "be strong", "you've got this", didn't even touch the surface. My replies just became robotic.

I know that a lot of people didn't know what to say to me, so this was their "go to" message. But knowing how many people reached out to me, was enough for me to know how big of a support system I have.

I could write a book about how to recover from ACL injuries part I; part II and as of last week part III. 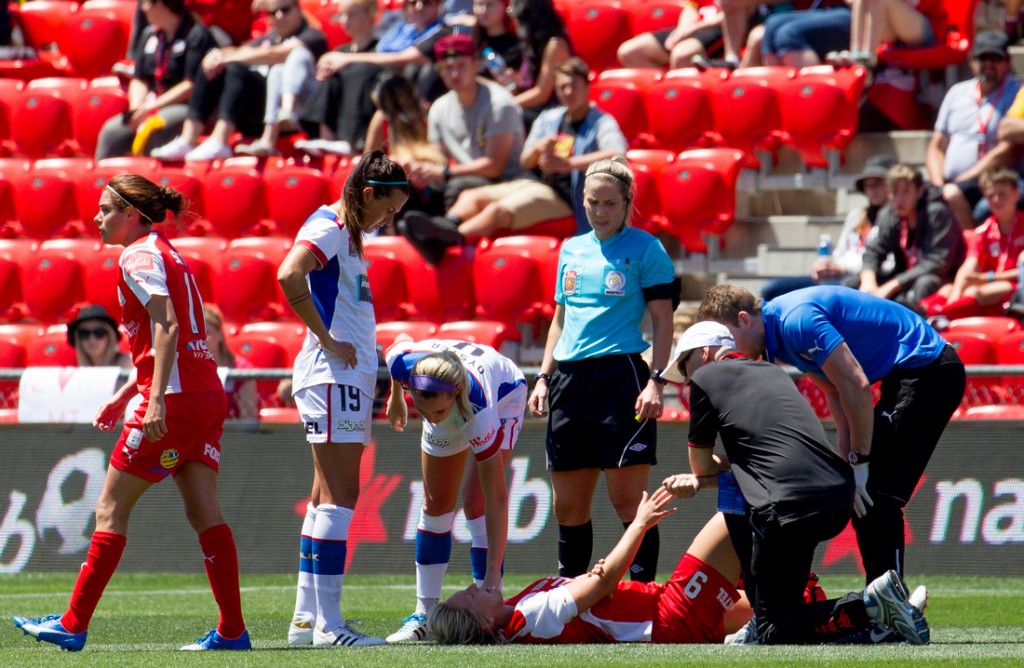 In a split moment, Rajcic's season was over (Photo: Adam Butler)

After someone does their first ACL, especially in the women's side of the game (it is happening on a regular basis these days), it's essentially expected that you'll make a comeback.

Every situation is different.

Typically, you are optimistic, almost excited to take on the challenge ahead. You don't know what is coming, its unknown territory.

The process, the journey ahead is a mundane one. People forget how challenging it really is. Every. Single. Day. Can be a major struggle.

I know what's coming my way. And boy am I scared.

"Scared probably isn't the right word for it but I don't know how else to explain it. I know over the next 12 months, I will quit; not just once, but numerous amounts of times."

I will throw in the towel and say to myself "that’s it, why do you keep putting yourself through this". But deep down, I can't end my career on that.

I cannot walk away from this game that I love so much.

The passion I have for this sport cannot be explained. My life just wouldn't be life without it. I have friends around the country and even around the world, the values I've learned, the qualities in me that I have developed and improved and the experiences and memories made over the years; have all made me the person I am. 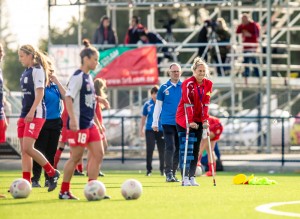 It was funny when people asked me if I would still be involved with the Lady Reds for the remainder of the season. To me this was the most idiotic question I thought someone could ask me.

Jamie gave me the role of Captain for a reason.

No matter what happened to me, there was no way I would not be there for the girls as their leader.  Even if I have to lead them from the sidelines, that’s exactly what I’ll do.

I still have faith that this squad has more to prove and more to give. I see it on a daily basis. Our destiny is in our own hands.

The league is as tight as it has ever been; but this is our year. This is the year the Lady Reds play Finals football. The opportunity is there, we need to grab it with both hands and hold on tight.

Sunday is this day. Sunday is the day that we grab 3 points and move towards our best year ever.

We are #REDlentless and we will never give up... nor will I!!