A second half masterclass by the Young Matildas, saw the side dominate, carrying out an impressive 18-0 victory over Mongolia in their opening game of the AFC U-19 Women’s Championship Qualifiers.

Not taking long to open up the scoring and set up the tempo for the match, on the fifth minute Princess Ibini found her first of the night, chipping the goalkeeper from close range having pounced on the ball that was caught between Mongolia’s centre back and goalkeeper.

Luck eluded Mongolia early in the piece, emphasised by the Young Matildas third goal halfway through the half, courtesy of an own goal.

In an attempt to prevent the Young Matildas from switching play in attack, behind the defenders, the Mongolian defender managed to knock the ball, but the touch instead impressively chipping her own goalkeeper to put her side three goals behind.

Some excellent football was played by the Young Matildas during spells of the first half, one such moment produced Kyra Cooney-Cross’ first of the night.

The side moved the ball around in front of, and then through the Mongolian defence exquisitely. The result saw the ball put into the path of Cooney-Cross, who simply passed it into the back of the net.

The Young Matildas went into halftime with a comfortable six goal lead.

Taking off from where she started in the first half, Cooney-Cross didn’t look to take the pedal off after the break, bagging another two goals early in the half to take her tally to four for the night.

Cooney-Cross wasn’t the only formidable player in front of goal, as Aoife Colvill took off where her teammate landed, bagging two goals in quick succession soon after Cooney-Cross’, to then go on to get a hat-trick.

From midway through the second half, the goals flooded. In the space of 20 minutes, the side found more goals than the first half, seven in total to bring the score to 17-0.

To put the icing on the cake, Ibini was there to round off the scoring at the 89th minute mark, bookending a night of free-scoring football for the Young Matildas.

The final score saw the Young Matildas with a comprehensive win over Mongolia of 18-0. 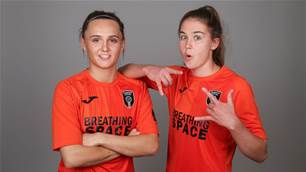