Australia and New Zealand will host the 2023 Women's World Cup and Ange Postecoglou hopes it will result in a concrete legacy for Australian football.

Former Socceroos coach Ange Postecoglou says it is crucial for the 2023 Women's World Cup to leave a legacy for Australian football.

Australia and New Zealand will host the tournament after the FIFA Council opted for the joint bid over Colombia last week.

Postecoglou won the 2015 Asian Cup on home soil but said that accomplishment hadn't been reflected in any concrete gains for football, nor had the 2000 Sydney Olympics.

"The Matildas are going great guns and hopefully they have a good crack at it.

"The only thing again is that it's got to leave a legacy for our game because the Sydney Olympics football was the most participated sport and we got nothing out of it.

"The Asian Cup, we won and literally the next day, life went on without football having any sort of a legacy - even the achievement itself hasn't really left much of a legacy.

"I'm hoping that's going to be the most positive outcome of all."

Postecoglou also praised the leadership of FFA chief executive James Johnson and chairman Chris Nikou and endorsed a mooted gradual move of the A-League season from summer to winter.

"I don't mind it ( a winter season). I've always felt that too often football in Australia has allowed other people to make decisions for it," he said.

"If the football people within our code think that's the best way to go, well believe it and go for it.

"That's what I've always been critical of - we always look to outside sources to tell us where the game's best placed.

"The best decisions we can make are ones that we believe are going to be good for football and if that's a winter season, then back it, go for it." 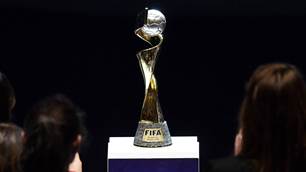