Australia will begin their ICC Women's World T20 campaign against Pakistan in a triple-header.

The 2018 tournament is the first standalone Women's World T20 while it will also be the first time the Decision Review System will be used after it was introduced last year to T20 Internationals.

In even better news all 23 matches to be broadcasted.

Australia is placed in a group alongside New Zealand, India, Pakistan and a yet-to-be-determined qualifier with the matches to be played in Guyana. Australia will be aiming to win their fourth World T20 title after losing the 2016 decider to the West Indies.

It is the first time since the successful 2010 World T20, where the Southern Stars beat New Zealand, Australia are back in the Caribbean. Of the current contracted players' list, Ellyse Perry, Elyse Villani, Alyssa Healy and Rachael Haynes were part of that winning 2010 squad.

Australian will spend the winter in high performance camps to prepare for the tournament,  and will host New Zealand in three T20Is and play an away tour against Pakistan ahead of the World T20. 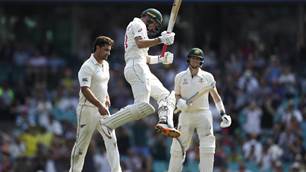