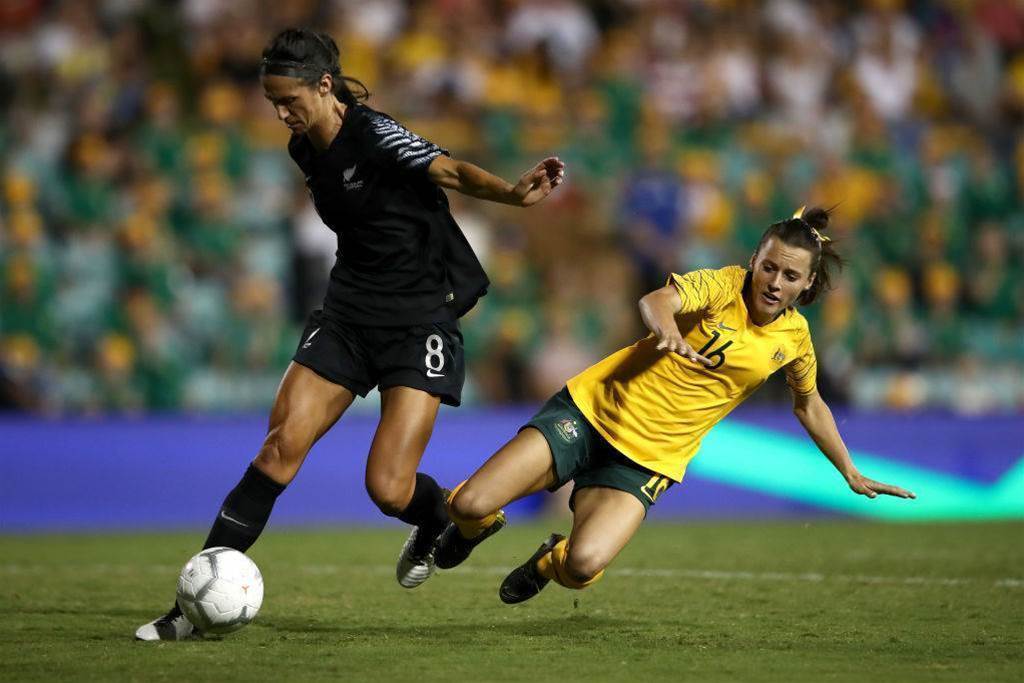 Courage's Abby Erceg is our standout

Liverpudlian Paul Riley is another very experienced NWSL gaffer, working in various capacities in the US football system since the late 1990s.

His stats talk for themselves. While Dames is the loyal servant of Chicago and hometown hero of sorts, Riley is the star import with a trophy cabinet to match. He's a two-time NWSL Championship winner, two-time Shield winner and two-time Coach of the Year. Nuff said.

There are two in that Courage attacking set up that really demand attention. League-leading assister and Brazillian import Debinha and their leading goalscorer Kristin Hamilton.

But we're going to quickly jump back on the Kerr bandwagon here so we can chat Kiwi international and Courage captain, Abby Erceg.

The resolute defender is fresh from a Team of the Year nod and has been key to the Courage's excellent defensive record this season, conceding the least goals in the league as the only club to cop less than a goal per game (five less than Chicago).

Her experience in seven World Cups and 132 international caps with the Football Ferns, not to mention 50 appearances for the Courage and a career taking her from Spain to Adelaide, well...that's all going to be crucial too.

The Courage like to play attacking football, which sets the stage for Chicago's quick breaks. So if North Carolina are going to somehow keep Kerr out, Erceg's leadership in the backline will be crucial.

HOW CAN I WATCH IT?

Check out the NWSL's official website before the match for a live stream!