Western Sydney Wanderers' revolutionary coach Dean Heffernan has spoken to the club about the "behind the scenes" factors to how such a stunning revival took place.

It's probably a better known fact now, then it was last season, that Western Sydney have gone from the W-League's worst club to its best.

It's been the common narrative of every publication covering the Wanderers this season, including this one. But the side to the story we perhaps haven't heard enough of, is that of Heffernan himself.

The easy answer is the unprecedented investment put into the Wanderers' W-League side this season, reported to be the most substantial in the league's history.

Heffernan effectively confirmed that whatever he wanted in the off-season, he got.

“We were lucky enough to basically get every player we wanted," he said.

"That shows the support we have had from not only our staff in the scouting and the time and effort it has taken us to watch games and deciding on players, but also the club, the board, CEO "JT" (John Tsatsimas) and Football Operations Manager Gavin, to be there and help us get it over the line as well.

“So much work has gone into it behind the scenes."

It may be misleading to point squarely to increased funds, however, as the root of the Wanderers' new found success. Acquisition has been key, but some of the greatest assets at the Wanderers this season have been those that the club could have recruited at any stage.

Players like Alex Huynh, a foundation player returning to the Wanderers, has been the purest sign of a deep cultural turnaround at the club.

“Obviously a lot of people only see game day and that is fine, it’s not a problem," Heffernan began.

“The bigger the foundation, the higher you go and the more you can achieve and that is definitely something we have always thought about.

“From day one when we got the job, the three of us (Heffernan, Beauchamp and Cannuli) got together straight away ... recruitment, who do we want to keep from last year, who we want to track down, what sort of players we are looking for, what type of people are we looking for.

“It was a process that took a long time and there were some ups and downs for sure regarding signing players, thinking you have got them and then you don’t."

Much has been written about the players, less about the virtually unproven coaching staff that are responsible for putting the jigsaw puzzles into place.

Heffernan, assistant (and former Socceroos stalwart Michael Beauchamp) and Catherine Cannuli are the backroom trio. Cannuli is perhaps the most interesting, having lived through the dark years at Wanderers as a player.

She lends an invaluable expertise of the W-league that is otherwise absent in the coach and assistant coach.

Although, admittedly, Heffernan's (and particularly Beauchamp's) intimate knowledge of top drawer European methodology is fairly absent throughout the W-League.

“The thing is, this is our first time coaching in a professional set up like this and I feel like we are doing what we set out to do at the start," Heffernan said.

“But, we are always looking at things we can improve on and always reflecting every day after every session ‘how could we have done that better’ and how we could have got more out of that (training) session for the players.”

The Wanderers are arguably entering their nexus half-way through the season.

Afriendly win over 15th in the world ranked China, to cap off a 5-0 hammering of champions Sydney FC and 4-0 win over experienced campaigners Canberra United, sent shockwaves through the rest of the league.

People are beginning to realise just how good this team could become.

But the real test is yet to come for the Wanderers, who will soon have to prove in no uncertain terms that their revolution is about a lot more than a cash injection.

Denise O'Sullivan - one of the key defensive leaders in an otherwise attacking-heavy lineup - will soon depart on the conclusion of her guest player stint.

Things then go from bad to worse, with Lynn Williams set to depart on a US national team training camp, with a view of breaking back into the national team.

Even if she doesn't make the grade, a few week absence is likely. If she does, it could be even longer.

Unsurprisingly, if Heffernan's stressed, he's not showing it.

“We think the key thing here is, we haven’t won anything,” he said firmly. “We haven’t done anything.

“Someone just congratulated us for beating China and I just said ‘Yeah, but what does it mean?’.

“It doesn’t actually give us anything other the team (exceptional) chemistry and talk about things like confidence and belief.

“We already had that, but now after beating a team 15th in the world, we should have that in spades.” 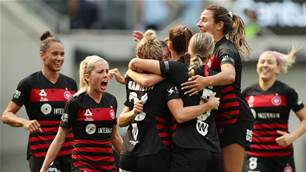 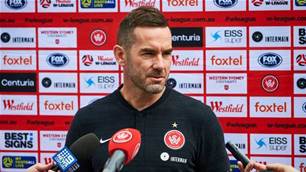 'The girls tell me if it's not working': The 'tight unit' behind Western Sydney Wanderers' success 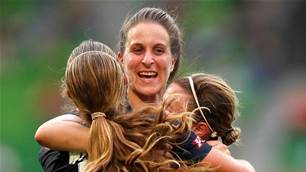