The coverage of the Westfield W League has been fantastic in season 2019/20.

Every game is either on TV or live streamed, publications such as The Women's Game, Beyond 90 and The Football Sack have given in-depth coverage of each game. There has even been some radio coverage.

The time now has come to take the fan engagement of our premier women’s competition to the next level. We need to have players out there more in the community and then in terms of media coverage, have a W-League dedicated TV show.

The AFL does it the best with players required as part of their contracts to regularly attend clinics and community events. This brought the game to the people. School and local club visits as well as hospital visits went a long way to improving the brand of the AFL.

The Footy Show for all its criticism boosted the AFL profile significantly, allowing fans to engage with players, clubs and the game in general during the week not just on weekends. It provided a way for the average fan to connect to the game like they had never done before.

The only way for the W League to attract larger crowd numbers and TV audiences is to connect to their fans via grass roots engagement or media coverage. As well as a TV show dedicated to the W League, we need clinics, local club and school visits which are vital in connecting with fans on an every day level.

What was pleasing to see this week was Western Sydney Wanderers duo Kyra Cooney-Cross and Courtney Nevin staying in Victoria after their game last Saturday and visiting Geelong Galaxy United’s NPLW juniors. Cooney-Cross has a connection to Galaxy and the NPLW club took full advantage of this to have her and Nevin, both of whom are Young Matildas, come and meet with the future stars of the game.

Galaxy’s Under 16s coach Callum Lupton admitted it was a thrill for the junior Galaxy girls to meet a few W League footballers.

“It was really good having the Wanderer’s girls visit our training,” he said. “They worked their way around each team, spending 15/20 mins having a chat with the girls answering some questions which was awesome of them.”

The Wanderers community department has worked hard with their W League team this year. Many players have visited hospitals in the Parramatta area and schools as well in recent weeks.

Other W League clubs also do this but clearly it needs to happen more. Community engagement events can’t be few and far between. There needs to be  a consistent theme of this happening throughout the W League season.

“I think player interaction is massive, I think the Galaxy girls were genuinely curious when they where asking the questions,” he said. “They asked because they only see these stars on the TV, YouTube or Instagram and never get to actually meet them.

“Kyra mentioned they train five days a week but she’s there a hour and a half early for training, which led to more questions. The interaction really was great.”

Young kids need to be able to relate to the stars of the show, the players. If they can see them in the flesh or at least on TV away from the football field it is only natural they will feel a connection. This means they will ask their parents to take them to games.

One of the big problems the W League had in the past was the lack of visibility. This, as has been said, is now improving but we can make it even better. TV is the most popular communication medium in the world, so let’s use it.

Having W League players appearing as panelists and talking football or even having a laugh and a joke about every day things would be most entertaining.

The Footy Show in both the AFL and NRL had a nice balance between talking about footy and bringing comedy to people’s lounge rooms. It made fans want to go to games even more.

There is no doubt this would be a costly exercise, and it’s clear that Fox Sports doesn’t want to spend more money on football. But sometimes an investment is worthwhile.

This sort of show can also help players make extra income, which doesn’t hurt the women’s game in the long run.

”I think it’s a great idea, young kids and even adults will be able to see players away from the game and be entertained at the same time,” agreed Lupton. “It worked for the AFL for a number of years so why not try it with the W League.”

Whilst things are moving forward in the female game, we need to take full advantage and ramp up the connection. 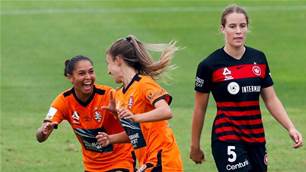 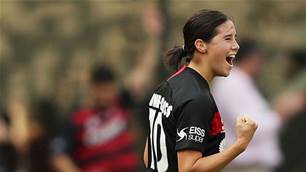 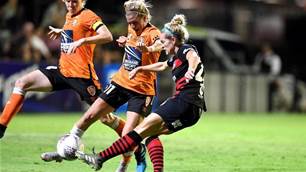