While the demise of the Socceroos' golden generation is plastered across every news headline, Sydney FC's A-League academy are quietly crafting prodigies to replace them. But they're also looking towards the W-League and Matildas as well...

The A-League's most successful club may also provide its best youth development and if the irony of that's lost on you, then you haven't been paying much attention to Sydney's critics.

In the past few weeks alone, Sydney graduates Cameron Peupion and Adrian Segecic have left to the EPL's Brighton and Scottish giants Rangers respectively.

If you cast your gaze back further, Sydney academy products have made it to the Bundesliga, Premier League, Championship, Eredivisie, Croatian First Division and Ligue 2, all in the recent past.

They've also managed to form a partnership with AFC Ajax and recruit one of FIFA's high performance experts, Kelly Cross, to oversee the program.

Which is all well and good, but according to Cross, it doesn't even begin to tell the whole story.

“When I started the role, there was absolutely nothing in place, no coaches, no players, not even one piece of paper,” Cross tells the club.

“[Sydney chairman] Scott Barlow and [director] Han Berger gave me the freedom, entrusting me with a rather unique project.

“I started by establishing three cornerstones for the Academy: Clear Philosophy, Good People, and Learning Environment, believing they would be the vital ingredients for a foundation. Five years later, guided by those three things, we all feel we’ve moved forward into an exciting position.

“We only allow good people into this environment, especially when we recognize that we are basically looking after someone else’s children. Coaches and support staff at Sydney have the perfect personality to nurture young players."

The whole 'good people first' mantra could be the marketing spin adorning the walls at virtually any school or academy across the globe. But behind Cross' glowing endorsement of his staff is an unusual amount of substance.

Many clubs will lap up any talented teen that they think can become a highly-prized asset in the future, but Cross says Sydney academy players have to have a sterling track record to even make it through the door. If they bring the right attitude, then Sydney pays them back with a level of individual care that's rather unique among football clubs.

“To be selected as a player here, it's important to have the right personal attributes," Cross continues.

"So we look closely at school reports for any red flags. In terms of a learning environment, it’s in a fantastic space, but we continue to ask questions and seek advice from academic experts in order to improve it in any way we can.

“We guide players with an 'individual action plan', and each player has a ‘mentor’, not a coach; this mentor builds a personal relationship with the boy, forming a caring bond which then allows the player to be guided and even pushed if necessary to reach a higher level of individual performance.

“By working hard at bringing those three things to life we are now very encouraged by the success our players are achieving and the feedback we get from players and parents.”

It's a whole-of-life strategy that the biggest football clubs in the world are adopting to attempt to prepare their players for the cutthroat nature of modern football.

Every academy director knows that the majority of the kids in their programs won't grow up to be footballers. That's especially true in Australia and especially, especially true in Sydney, where a population of well-over five million people is represented by two professional clubs.

With more expectations on a footballer than ever before, clubs have a growing understanding of their responsibility to prepare their young footballers for life. But as Sydney are showing, the investment has a trade off: the more comprehensive the package, the better the footballers.

In many ways, it's a surprising position for Sydney to be in given the criticism the club has faced throughout their history for ignoring youth, from the Bling FC days to the oldest squad in the league under Graham Arnold.

But beneath the surface, Sydney's academy has been quietly outperfoming all others. They may not keep their young players - former Sydney academy product Max Burgess was one of the A-League's best players this season for a rival club - but they are creating them.

Which, when you think about it, is actually even better.

“The most pleasing, and most important, success is that we have created a very special environment and a true culture of excellence in only five years, completely from scratch,” he said.

“Also, we are regularly seeing a large number of our players gaining selection in national teams, including a batch of nine selected for an Australian U18 camp last year. Four of our lads played just about every minute of Australia’s four games at the U17 World Cup in Brazil last year.

“We believe in a ‘family’ atmosphere and prefer to promote our own players and staff.

“We would like to be recognized as the leader in player development in Australia, the same way Ajax is in Holland: developing a significant number of players for our first team, but also seeing other graduates in overseas clubs, even other clubs in the A-League."

So, when it looks like you're winning everything at every level, what's next?

With their own Centre of Excellence under construction, Sydney are following the Central Coast Mariners' attempt to provide the best of new and old methodology.

The NPL and Y-League sides offer conventional modern development wisdom, while the club's own CoE program takes its name - and a little of its mantra - from the program credited with forging the Socceroos' golden generation in the first place.

But unsurprisingly, given the one avenue of Australian football that already appears to have an upwards trajectory is the Matildas, not the Socceroos, Sydney's CoE may have a groundbreaking female-focus.

The lack of W-League academies has meant the Matildas have retained the Socceroos' golden generation model, by implementing a centralised youth development system - titled Future Matildas - for the most promising young female footballers.

But given the rise of female football around the world, that model is already becoming outdated, and the pressure will soon be on W-League clubs to implement their own Y-League and academy systems, to add another level of professionalism to the WNPL.

For W-League footballers who are still semi-professional, investment in an academy may appear a strange priority.

But growth is so often tied into the future of the national teams and producing Premier League footballers is one thing, producing World Cup winners is another.

“All we did was to start with a set of beliefs and values, and then set a direction, not a destination,” Cross says.

“We still hold those beliefs at the core of what we do, and we are still heading in the same direction. That in itself is an achievement. To see how our approach now seems to be bearing fruit, with all the signs pointing to continuous improvement, is very satisfying for everyone that’s been involved over the last five years.

“It seems to me that every player and every staff member loves coming to training, they look forward to getting together, they are enjoying their football: that alone would have to be the most significant thing that we have achieved to date.

“I am also totally convinced that by creating that situation, you provide the perfect platform for a high level of achievement for every player.

“When our Centre of Excellence is completed next year, we will be able to take our operations to another level,” he continued.

“We will really be able to develop a sense of belonging, connection to the whole club and especially a close link to the first team.

“In the future, I’d also like to one day see a Sydney FC girl’s Academy, feeding through to the W-League squad.” 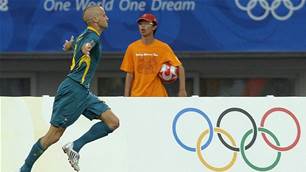