Two time FIFA Player of the Year Carli Lloyd says she has ambitions to play in the W-League.

Lloyd’s record of 106 goals in 267 games for the US is phenomenal. But it’s her hattrick in the 2015 World Cup Final and winning goals in 2008 and 2012 Olympics that has cemented her status as one the greats.

The two time Olympic gold medallist, 2015 Women's World Cup winner and two-time FIFA Player of the Year was with Manchester City in 2017 where she scored a goal in the FA Cup final. 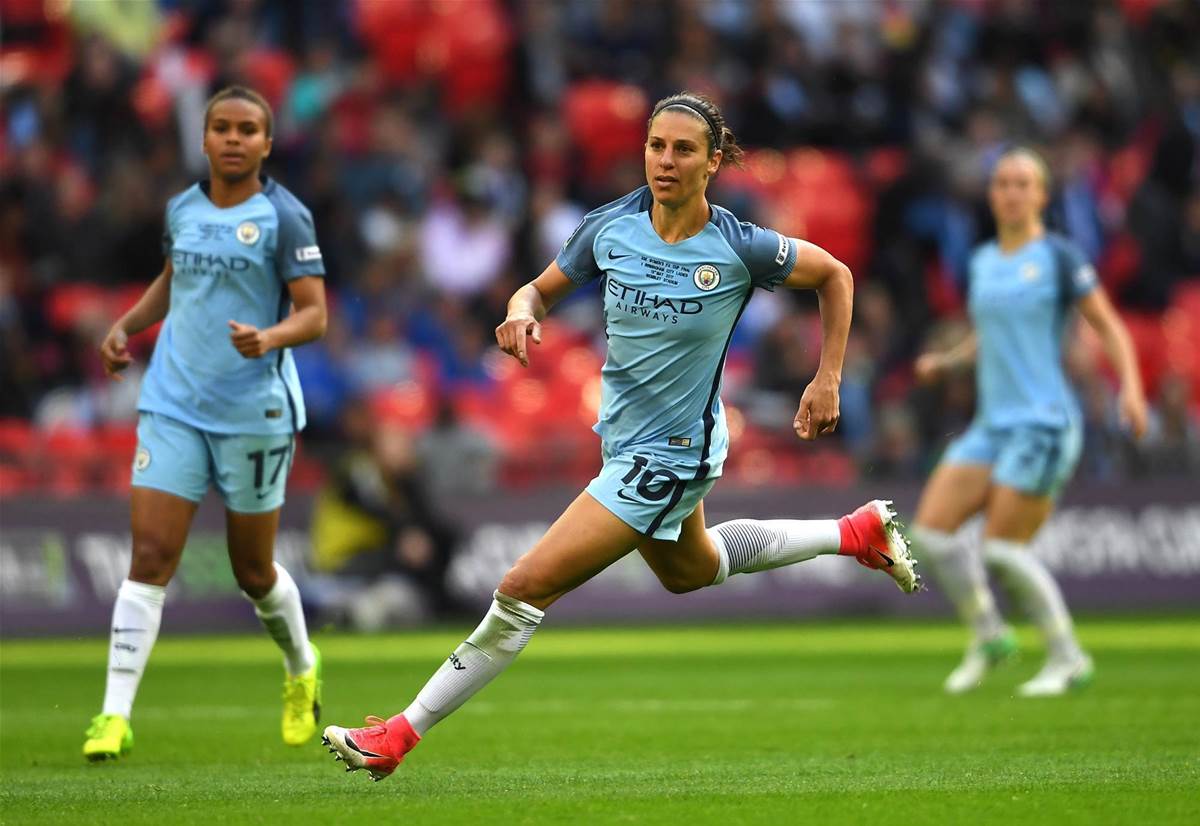 Lloyd is currently with National Women’s Soccer League team Sky Blue FC and revealed to FTBL that she’s had previous offers to play in the W-League and hopes to accept one in the future.

“I’d be up for it in a couple of years – I’d love to come and play,” she said. “I love Australia it’s an amazing country if it works out I’d love to be part of that.

“I did get offered the chance to play but it’s tough and challenging to keep the balance and try to find what the right move for me is.

“The W-League season is obviously during our off-season so the timing of it all depends.

“But I here good things from some of the American players who have gone over, they have loved it and enjoyed it.”

Over the years several Matildas have played in the NWSL with and against Lloyd, and she believes the Australians have brought quality to the competition.

“It brings competitiveness for sure,” she said. “They’ve been around our league for quite some time, many of them have played and been successful and have helped their teams.

“It’s great to have them here, the more top notch players we can get over here the better and it’s good to have them be a part of this league.”

One player that Lloyd is especially in awe of that plays in the US is Matildas superstar and former teammate Sam Kerr.

“I love Sammy,” she said. “I got to play with her at Western New York for two seasons and I loved her then and still love her. She is a fantastic person and fantastic player

“She is heck of a player and it would be awesome to play with her again at some point.”

While Lloyd lauded Kerr’s talents, she is hoping the US avoids the Australian striker's skill and aptitude at the upcoming World Cup in France.

"She does so many things that are unbelievable," she said.

“She has had some fantastic seasons in the last couple of years and I’ll know she is going to continue to go on and do good things, hopefully not ever against us.

"She has stepped into this role with the Matildas as being the face of the team but also being able to back it up with her playa and take her team on her back. That is really special.”