The Matildas veteran says the club - with whom she already shares a connection, as former Matildas coach Ante Milicic now manages the side - are implementing a youth program that she would have loved as a child growing up in the area.

"I'm proud to represent the area, and it's a really good fit with me being a Macarthur girl," she told the Fairfield Champion.

"I think it's really cool to be able to work with the club, they want to do a lot of stuff in the community with schools and young kids, and to really be engaged with them.

"That's a cool thing for me to be a part of. When I was younger, there wasn't that sort of connection with the young kids, it just wasn't there.

"I love that the club's doing that and I'm able to represent my home."

Macarthur hasn't had an easy road to their debut season next campaign, with myriad rumours of trouble behind the scenes, many off-field departures and the COVID crisis all pockmarking their foundations.

But Kennedy insists the club's presence in an undervalued sporting market will prove the most instrumental benefit in the long run.

"We haven't had even a professional sporting team in the general area, so I think it gives kids a chance to be closer to their role models," she said.

"The initiatives that the club are doing to inspire kids to live healthy, active lifestyles and be involved in sport, football in particular, it's just fantastic." 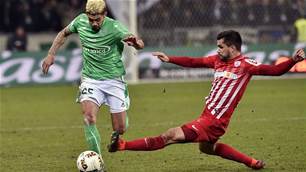