At a ceremony held largely online by FIFA, the global governing body's president Gianni Infantino made an exception with Lewandowski's award as he 'surprised' the 32-year-old in person to hand over the trophy.

Lewandowski was an outstanding player for Bayern as they claimed the Bundesliga, German Cup and Champions League treble last season and he ended the calendar year with 41 goals.

He did enough to edge out Messi and Ronaldo in combined votes from coaches, captains, journalists and fans.

Lewandowski wrestled the title of world's best from Barcelona's Messi and Ronaldo, of Juventus, for just the second time in 12 seasons after Real Madrid's Luka Modric took the honour in 2018.

Bronze, who won the treble with Olympique Lyon before moving to Manchester City, looked stunned to take the top women's prize.

"What a surprise to be even nominated alongside two players of that stature! I don't really have the words right now to explain how I'm feeling," the 29-year-old said.

"But if there's anything 2020 has taught us it's to appreciate every moment we've got. So winning it this year I appreciate it more than ever and I will remember it from the rest of my life."

Klopp retained the honour he won in 2019, saying it "meant the world" to him and that he "couldn't be prouder."

Marcelo Bielsa, of Leeds, and Flick completed the final shortlist of three.

Sarina Wiegman, of the Netherlands, won the women's coach of the year award, edging out Chelsea's Emma Hayes and Lyon's Jean-Luc Vasseur. 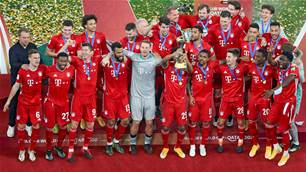 World kings Bayern make it six of the best 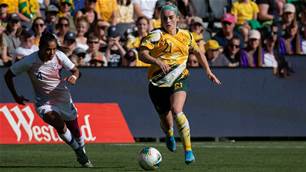