Wellington have announced their first ever women's team signing. Kiwi-born Lily Alfeld is the first member of the 2021-22 inaugural Phoenix A-League Women's campaign.

The newest A-League Women's club, Wellington Phoenix, have signed goalkeeper Lily Alfeld for the upcoming 2021-22 season.  She is the first ever women's professional player signed by the New Zealand based team.

Alfeld joins the club after having played last year with Perth Glory.  In her 12 A-League Women matches she made a league-leading 53 saves.  The keeper played every single minute of her club's 2020-21 campaign, becoming one of only 14 Iron Women last season.

It was her debut A-League Women's season.  Alfred had previously been part of the Future Ferns Domestic Program (FFDP), set up by New Zealand Football to help Kiwi women make the leap from domestic football to a professional career.

Prior to her time in the FFDP, Alfred had played in America for four years at Louisiana State University.  She has also played for Canterbury United Pride in New Zealand's National Women's League.

The goalkeeper said she was "beyond stoked" about joining Wellington Phoenix and spoke of signing for her countries' first ever professional women's football team:

“To be part of the first, inaugural season [with the Phoenix], it’s a chance to create a bit of history so I would love to go out and have a positive start for what will hopefully be many seasons to come; it’s a role I’m very honoured to get a chance to do and I can’t wait to get started."

Alfeld also added: “I’m thrilled to get this opportunity, I grew up watching the Men’s Phoenix team and back then I never really thought it’d be an option for me; obviously I’m just so excited it’s happening, to be able to get to play professionally at ‘home’ is pretty special.

“It was an amazing opportunity and my first go playing professional football, so there was a lot to learn in that season and at times it was pretty tough – but overall such a positive experience.

“I think season [with the Phoenix] it’ll be kind of a similar situation, in that a lot of the girls in the squad are quite young and are going into this as a development experience – but I’m excited to be going into this season knowing what I’m going to face and with some A-League experience under my belt.” 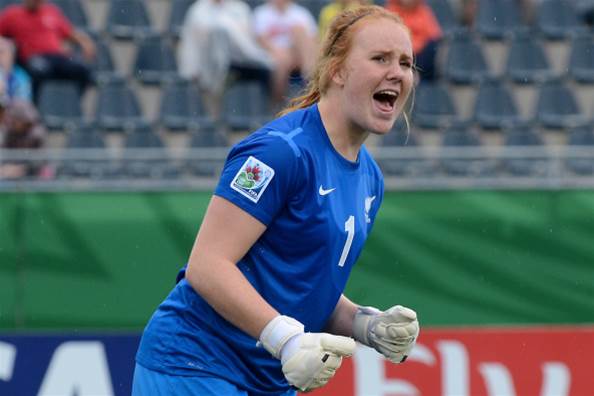 With the agreement made for the creation of the New Zealand based A-League Women's side, Alfeld will be taking one of the eleven possible spots reserved for Kiwis in the Wellington team.   Head Coach Gemma Lewis spoke of her future squad's formation during Alfeld's signing:

“We know Lily is a quality goalkeeper and we also know she had a positive impact on her squad last season - both on and off the field,” says Lewis.

“She will bring a lot of stability and leadership to this team and we know the younger players will look up to her, as she has that professional experience and knows the A-League Women’s competition.

“We’re very excited that Lily is our first signing for the Phoenix Women’s side and we’re keen to announce the rest of the squad over the coming week.”

It has been understood that the club staff and any Kiwi-based players will be heading to New South Wales at the end of this month to begin preseason, COVID-19 restrictions permitting.  Wellington Phoenix open their A-League Women's season on December 3, 2021 against Western Sydney Wanderers. 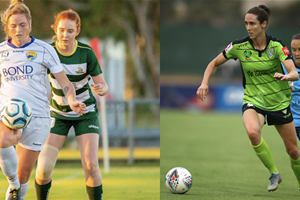 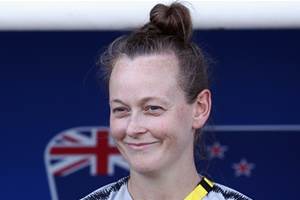 The first four rounds of their A-League Women's schedule can be found using this link.