Dani Weatherholt had never set foot in Australia before this W-League season, but has loved every minute of it.

The 24-year-old revealed Orlando and Victory teammate Christine Nairn convinced her to give the W-League a shot. The W-League and NWSL are held in high regard and Weatherholt felt the divisions were different.

“The speed of play is a lot faster which makes it back and forth in America,” Weatherholt told The Women’s Game.

“Here it slows down a bit and it’s a bit of a tactical breakdown. I think my vision and understanding of the game has grown.

“This actually exceeded my expectations. Every game was a big game and there were no teams you blew out, so I was really impressed.”

Victory play Perth Glory in the semi-final at AAMI Park on Sunday afternoon, and while Weatherholt added she’s enjoyed her first stint in Australia, she admitted she was playing it by ear on whether she’d come back.

“I love Melbourne and the people, the city specifically is so creative,” she said.

“Whether it’s the art, music or food, they really put their heart and soul into it and it’s evident.

“I was thinking about coming out here in the last offseason. I just wanted to get more games, so there were a lot of things I wanted to work on in my game and I wanted to push myself.

“I just heard great things from my former Australian teammates and they just recommended it was a good opportunity to grow. If they want me back, I’m more than happy to come back. It’s all circumstantial, but I’ve loved my experience. 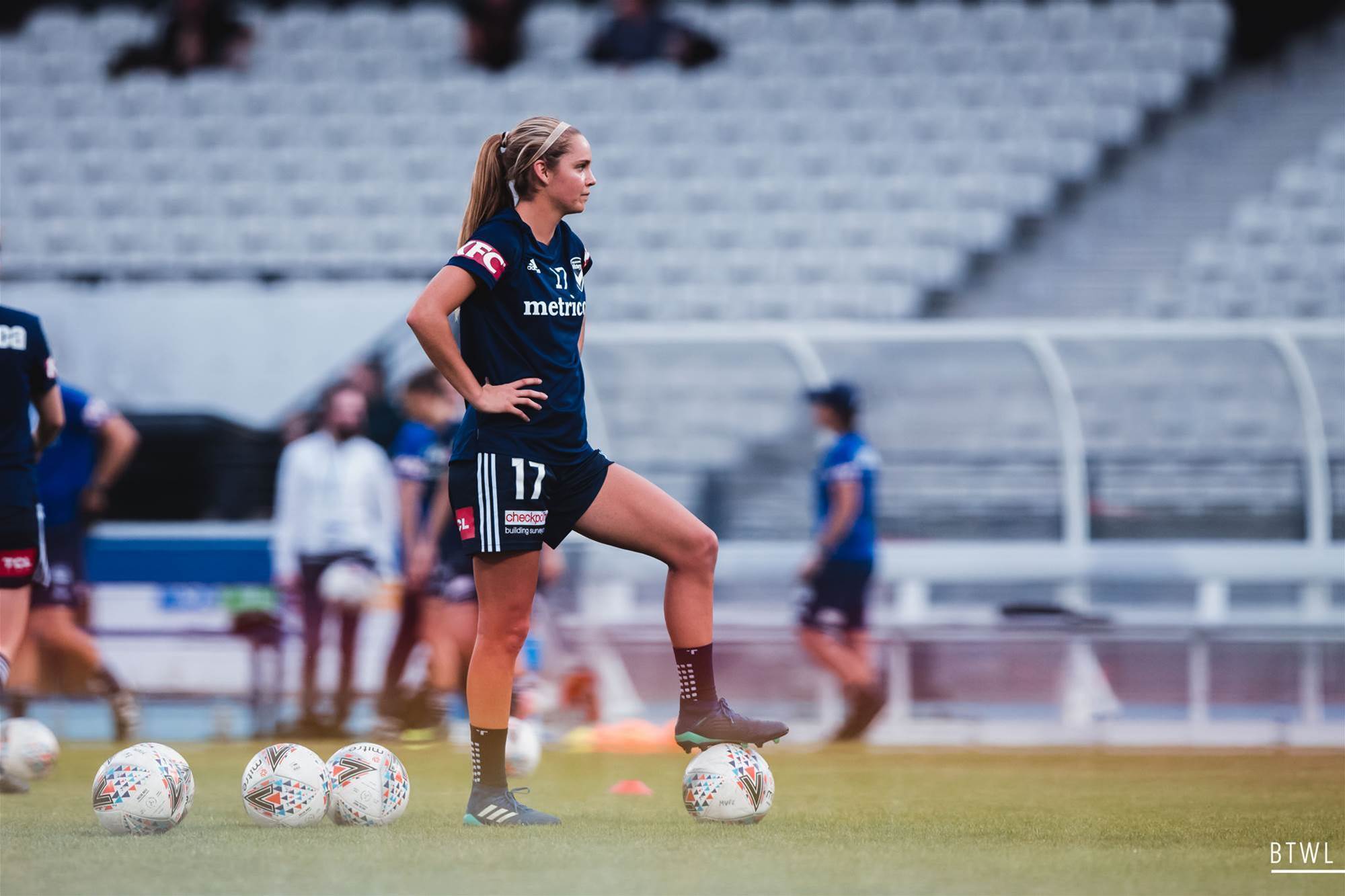 Dani has grown down under. By Rachel Bach (@bythewhiteline)

“From the start, meeting coach Jeff (Hopkins) and his questions of me weren’t about my talent, it was more about who I was as a person and what I could bring to the team. It just spoke volumes about his character and he was so focused on bringing in a cohesive unit.

“You only have 12 games and a very short preseason, so how can we bring girls together fast? That’s what made our team so successful. We’ve been able to come together, gel and we have so much fun. We’re just always laughing and having a good time.”

Weatherholt grew up in a sporty family with two older brothers and recalls playing baseball, volleyball and golf.

Ironically, football wasn’t a big thing as a child.

“My dad is very competitive and all my brothers, but no one else in my family played soccer,” she said.

“Everything else came so natural for me, but I just worked hard for soccer. It really challenged me and I think that’s why I pursued it.

“I asked to go to soccer sign-ups, but my mum missed it. I played in the backyard by myself and my mum said ‘I need to get her into soccer’.

“In the US, you go to college in and from there you get drafted. You don’t start playing pro until you’re 21. I studied education with hopes to be an elementary teacher. Environmental studies minor. One of the things I love about Melbourne is the sustainability.

“Right now, I have different passions. I would love to be an elementary school teacher in the future, but I also love photography and community service work.”