An African XI has beaten Afghanistan 2-0 in a women’s exhibition game at Jensen Park today.

The game was a curtain raiser to the African Nations Sports Association (ANSA) Final between Mali and Somalia.

In an exciting match with plenty of skill and flair, the African girls proved too classy in the end but the Afghani ladies put up a fantastic fight.
Sofia William, Sulafa Ageeb and Julienne William were outstanding for the African team, working hard in defence and attack.
For the Afghani’s Fatima Moradi, Zienat Muzaffari and Asma Mohammad Zada worked hard all game.
Ramatu Kamara opened the scoring in the first minute after some nice team work from the kick off.
After that the Afghani girls dug in, fighting hard for every ball in the air and on the ground.
They used their speedy wingers to great effect, putting numerous balls into the box, only for the stout Africans to clear the ball away.
The second half saw plenty of enterprising play from both teams with neat footwork and speed the key to the game. The game had a few goal mouth scrambles to keep the fans excited.
In the end the African team had too much experience with Kevin Opia sealing the game late with a nice finish past the keeper.
Twenty-year-old Chilandu Chilaika played her first ever organised game of football today and loved every minute of it. She said it was very important for the African community to have games like this.
“The fact we can all come together from every African country and have a bit of fun is the best part of it,” said Chilaika post game.
“We need more girl’s tournaments like this to get females playing.”
Chilaika insisted there were plenty of African girls in Sydney who wanted to play football and urged the footballing community to continue to support them.
“We need more coaching and more support,” she said. “We need more confidence and the only way to get this is to play more games and have a solid support system.”
For Afghanistan, 16-year-old Najibah Wakili played a fantastic game, getting involved throughout with some hard tackles and winning some important headers.
Wakili, who played for Granville Kewpies in the Granville District this year emphasised how much she loved football, and urged the Afghan community to encourage more females to play.
“We liked playing against the African girls,” she said. “It was fun and a good experience.”
“We lost but it’s ok. We had fun and that is the most important thing. We need more support and fundraising. We need parents to support us.
“Our dads and brothers need to support us to show that it’s a game for females too. We like soccer so we do it. So anyone that likes it should play.”
Wakili admitted she loves watching European football so she can learn the game.
“I love Neymar, Messi and Ronaldo of course.”
ANSA is keen to have more females playing in next years annual tournament. This year was the 20th anniversary of the popular event. 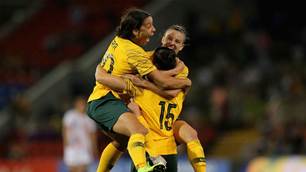 'Women’s football not given a chance to succeed', slams former Matilda 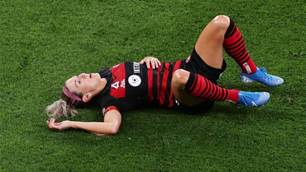