In a first for rugby league, the women’s World Cup final featuring the Jillaroos and Ferns will precede the men’s final between the Kangaroos and England in Brisbane on Saturday.

Previously the Women’s World Cup had been held in conjunction with the Festival of World Cups which includes police force and university national teams.

Before heading to Brisbane for the decider, both women's teams had big wins in their respective semi-finals at Cronulla’s Shark Park.

The battle up front will more than likely decide the result with the clash between Women’s Player of the World Cup, Teuila Fotu-Moala, and Player of the Anzac Day Test, Ruan Sims, set to explode.

Sims’ form has been so hot it caught the attention of NRL CEO Todd Greenberg who mentioned her big hitting skills during his speech at the Dally M Awards.

Jillaroo and World Cup Player of the tournament nominee Ali Brigginshaw will also be pivotal to Australia’s chances.

She leads the tournament with eight try assists and she’ll be looking to set up her speedy outside backs in Nakita Davis-Welsh, Meg Ward, Karina Brown, Isabelle Kelly and Corban McGregor.

On the other side of the ledger, speedy Ferns winger Honey Hireme will lead the way after crossing the line 11 times during the tournament.

Jillaroos coach Brad Donald Told Inside Sport both teams would have had opposing preparations despite neither side being tested during the lead-up games.

“We’ve got to prepare totally differently. … They’ve been watching our games closely and we’ve watched theirs closely," he said.

"It will be a really good game."

Meanwhile, New Zealand coach Tony Benson said his side were in peak physical condition ahead of the final.

"Physically they've changed shape - they're a hell of a lot fitter. They know what to do to get themselves in perfect condition," Benson told NRL.com.

"We don't even have to tell them (what to eat) - even on the plane when we're offered stuff, the hosties are surprised that they all turn it down.

"There's not much more they could do to be at their best tomorrow." 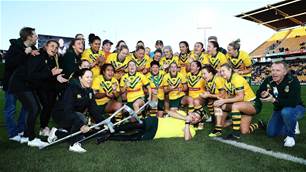 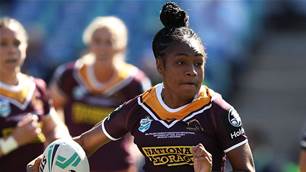 How rugby league scored Tina Turner for its promo