Sam Kerr was on the scoresheet...of course she was...but it wasn't enough to stop her old stomping ground stomping all over Chicago Red Stars' NWSL title hopes.

Despite Kerr's best efforts and another sumptuous finish for her 13th goal in 13 games, Chicago Red Stars went down 2-1 to Sky Blue FC in the NWSL.

A Paige Monaghan brace did the damage for the hosts, who leapfrog Orlando Pride to move one place off the bottom in eighth.

It was an understandably shocking loss for the Red Stars, who could have gone first had they garnered the expected three points, but the under-pressure New Jersey natives proved too strong for a lacklustre visiting outfit.

Chicago now sits one point why of Hayley Raso's Portland Thorns, which lead the NWSL with only seven matches remaining.

This one's set to go down to the wire, and it'll be an all Aussie tustle to tell who's boss. 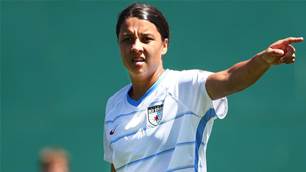 Sam Kerr wins MVP ahead of US title game 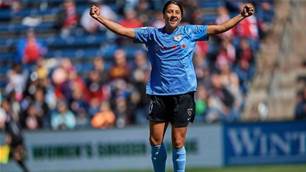