Emily Gielnik is seamlessly fitting into life in Bavaria, looking the part at Munich's famous Oktoberfest celebrations boasting lederhosen, dirndl and of course, a full stein in hand.

The Frauen Bundesliga winger has made two league and a couple of cup and continental appearances so far in her German career, largely as a substitute.

But it appears the tough Bavarian language has proved little barrier to Gielnik - who also plays alongside Kiwi defender Alexandra Riley - settling into life in the German south.

The winger reposted a video of the team enjoying Oktoberfest before her side takes on Hoffenheim in one of the biggest matches of the Frauen Bundesliga season this Saturday.

Gielnik is shown easily accounting for the hammer wielding, ball throwing and shooting competitions...and given her Queensland roots, we'd say the beer wasn't much of a challenge either.

Bayern are currently third in the Bundesliga, equal on points but lagging to Hoffenheim on goal difference.

Both are three points behind league heavyweights Vfl Wolfsburg, who are generally considered the strongest female team in Germany despite Bayern's financial dominance over the men's competition. 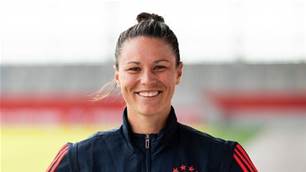 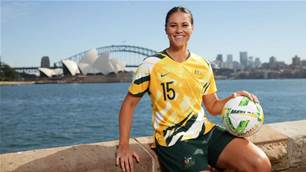