Australian cricket coach Matthew Mott has named Georgia Wareham as the player to watch at the upcoming Ashes.

The 20-year-old had a rapid rise to the national team.

She made her ODI and T20 debut in September and October 2018 respectively before picking up four wickets during Australia's clean sweep of the Rose Bowl ODI series earlier this year.

"I think she's going to be a key player over here on these wickets," Mott said.

"She'll be a menace for the English batters, and all our stats say that as well so it's exciting to unleash her on England.

"In all three formats she asks strong questions of the batters, she doesn't ball any bad balls and she just gets into her work."

Wareham will be a familiar face to the England batting lineup after the Aussie star got a hat-trick in the World T20 final last year after dismissing Amy Jones, Lauren Winfield and Sophia Dunkley.

England could be seeking a bit of revenge for that loss, where they made just 105 runs before Ash Gardner hit three sixes in two overs.

However, Mott doesn't think the English will need much motivation to want to get one up on Australia.

"I don't think they need much motivation," he said.

"It's two great teams going head to head. They've won 14 games in a row, they'll be chock full of confidence. We've had a good 12 months and it's two of the best teams in the world going head to head so you don't need much more motivation than that.

"Being out here, it's a special summer, I think everyone's earmarked this in the calendar for a while and we just hope to start well in Leicester and carry that momentum forward."

Australia will play two warm-up matches at Loughborough University ahead of the opening One-Day International in Leicester on 2 July. 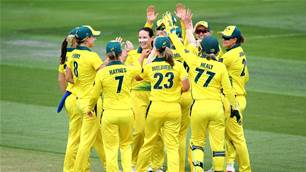 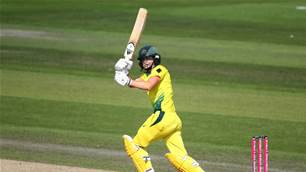 Perry goes where no cricketer has gone before