"It's actually hard to fathom what it might feel like for the current Matildas to walk out in front of family and friends on the World Cup stage. It's actually surreal to think about," Walsh told a Fox Sports' panel.

"We have had a taste of that when the Matildas have packed out stadiums but there's something beautiful about a World Cup and you have to play in one to understand that.

"To have that opportunity would be such a privilege for the current team and I don't think they'd let us down.

"They have experience playing in front of packed crowds overseas, especially in the US, and for them to walk out in front of a sea of yellow would be incredible.

"We have a very strong record here, especially in the Asian Cup, we perform well in Australia and we have a very good track record of hosting international events here. We do it quite well."

In a divisive football landscape, Walsh believes hosting the World Cup would give Australian football a much-needed focus to unite its various powerbrokers, who have been famously conflicted when it comes to a long-term focus.

"There's two things for me," she said.

"It's easy to quickly focus on the growth of the women's game but I think it will actually unify the game.

"It would really boost football in Australia and have all of our stakeholders excited about something. It would be great for our game in general. 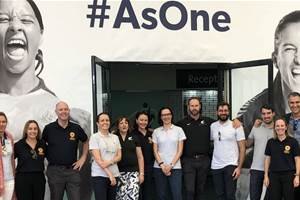