Currently sitting on 98 appearances with three regular season fixtures remaining and her Perth Glory side sitting top of the ladder, it looks a sure thing that Kim Carroll will become the seventh player this season, and 19th overall, to reach a century of W-League appearances.

Katrina Gorry (Round 1), Leena Khamis (Round 6), Lydia Williams (Round 6), Shannon May (Round 7), Lisa De Vanna (Round 8) and Teigen Allen (Round 9) all also joined the '100 Club' this season, and out of the 18 players to reach the milestone, we still have 15 of those players currently playing in the W-League (assisted by the temporary return of Ash Sykes out of retirement).

Quite incredibly, Polias has featured in 124 of Sydney FC's 135 matches, whilst Polkinghorne has appeared in 123 of Brisbane Roar's total 133 W-League fixtures. 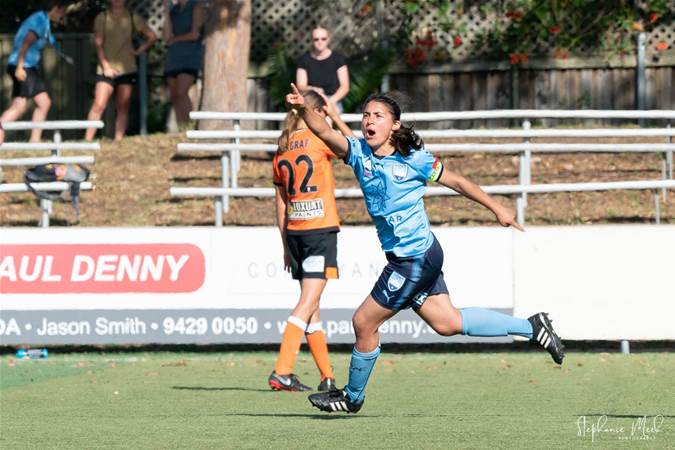 Although Polias leads the all-time appearance record, she was actually the third player to reach the century mark, with Polkinghorne the first to achieve the landmark against Western Sydney Wanderers on the 7th of January, 2017.

Just one week later, Melbourne City's Marianna Tabain (15/1/17) notched up her century of appearances, before Polias (21/1/17) followed suit. Canberra United's Ellie Brush (28/1/17) then became the fourth player in four weeks to reach the milestone in the 2016/17 season. 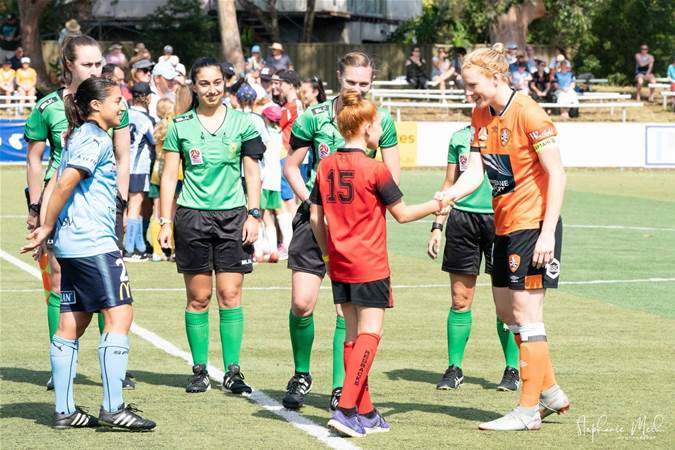 When Melbourne Victory's Teigen Allen reached her century in December last month, she became the third youngest player to reach 100 at the age of 24 years, 10 months & 14 days.

From the 1st game to the 100th, there’s been so many teammates, coaches and staff that have inspired and supported me along the way (particularly these three 👆🏼). So thankful for them and the journey so far, can’t wait to see what the next chapter holds 💙🤗 @melbcitywfc

Conversely, in Round 8 of this season, Sydney FC's Lisa De Vanna came off the bench against Perth Glory to become the oldest player in W-League history to reach the milestone at 34 years, 1 month & 5 days. The Matildas legend has played for seven different W-League clubs and, like Catley, has featured in every season of the W-League.

Barring any injuries or surprise selections from Perth coach Bobby Despotovski, Kim Carroll (98) should reach the landmark this season, while Kyah Simon's recent injury will mean she will remain stuck on 95 and have to wait until next season to reach triple figures.

Current Jet Hannah Brewer and Victory forward Emily Gielnik are both currently on 93 appearances, and should also join the 100-club next season, while Matildas stars Caitlin Foord (91), Alanna Kennedy (90) & Sam Kerr (90) are also on target to reach the milestone next season.

Of the 80, only two have hit the milestone this season, however, with Jets midfielder Clare Wheeler claiming her half-century against Perth Glory on the 15th of last month. 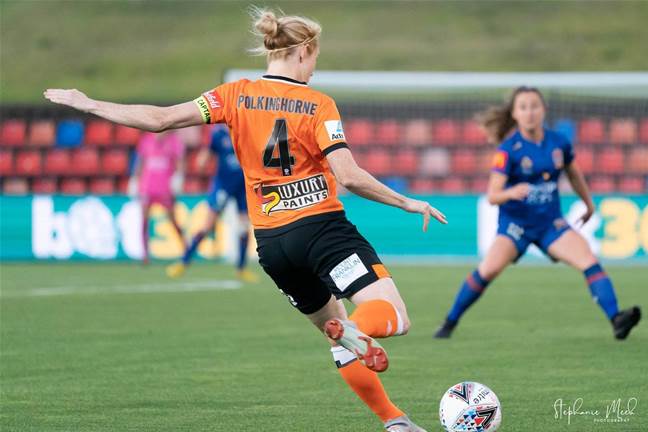 Interestingly, Teresa Polias and Marianna Tabain were just 11th and 12th to reach the 50 appearance mark but went on to be 3rd and 2nd, respectively, to reach 100.

On the 5th of October 2014, at just 19 years, 10 months and 24 days old, Sydney FC's Caitlin Foord, playing for Perth Glory at the time, became the youngest player to reach 50 W-League appearances and celebrated the milestone by scoring two goals in a landslide 10-1 victory over the Wanderers.

Foord was the 44th player overall to reach the 50 game landmark and bettered Teigen Allen's record by just 33 days after Allen had claimed the mantle eight months earlier. 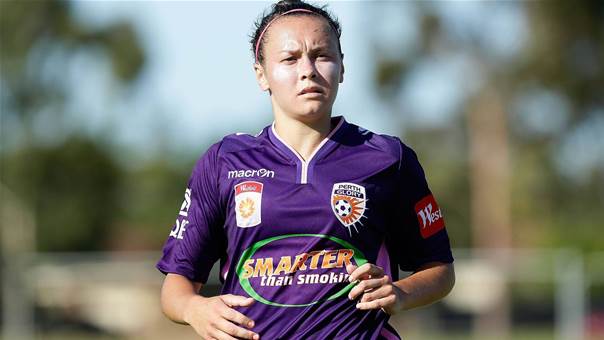 Better known by her maiden name of Melissa Barbieri, the former Victory, Jets, Reds and Matildas shot-stopper became the oldest player to reach the half-century when she appeared for Adelaide United in the opening game of the 2014/15 season. At 34 years, 7 months & 25 days, Hudson eclipsed the mark set by Joanne Burgess by 119 days.

To put this into perspective, by contrast, every single player to reach 100 W-League appearances has been younger than Hudson when she made her 50th appearance.

Currently sitting on 49, Sydney FC's Amy Harrison and Adelaide United's Emily Condon should each make their 50th W-League appearance in this weekend's round of fixtures. Melbourne Victory's Angela Beard is also sitting on 49 but will need to wait an extra week as her Victory side enjoy the bye this round.

Melbourne City's Helen Caceres (48) is also within touching distance of the milestone, whilst teammate Jasmyne Spencer (45) will need City to reach another Grand Final if she is to reach the half-century this season.

Similarly, Victory's Christine Nairn (45) will need to guide her side to the decider to reach the mark, whilst Adelaide's Georgia Campagnale (45) will need the Lady Reds to at least make the semi-finals for her to rack up five more appearances this season. 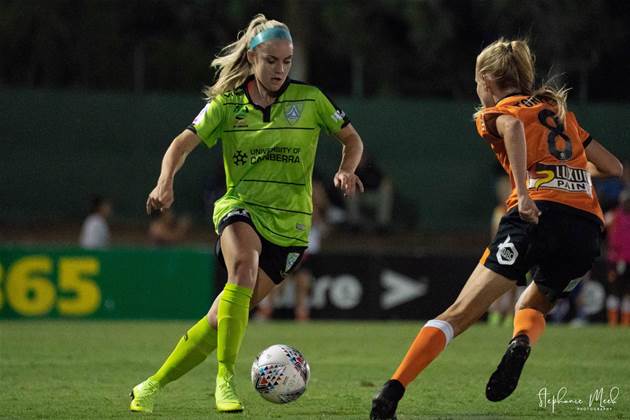 Looking further down the list, youngsters Princess Ibini and Ellie Carpenter both currently sit on 42 W-League appearances. Both superstars look set to break Foord's record of Youngest Player to 50 appearances, with Ibini having until Christmas Day this year to reach the milestone, whilst Carpenter has an extra 3 months on her side, giving her until March 2020 to amass the eight appearances required to break Foord's (or potentially Ibini's) record.

The fact that Ibini and Carpenter are both born in the year 2000 is enough to make most of us here at The Women's Game feel old, but also reminds us that the future of women's football in Australia continues to grow and hopefully our Matildas can show the whole world just that at the World Cup in June this year.