That strike means Australia will face Vietnam in a two-legged playoff for a spot at Tokyo 2020, with the first leg to be played in Newcastle on Friday.

The 26-year-old hails from the NSW city but made a switch to City before this summer's W-League campaign.

City have gone on to dominate the competition, taking out the premiership with a game to spare before completing an undefeated home and away campaign on the weekend with a 3-1 win over Brisbane Roar.

Van Egmond scored six goals in 12 matches for City and admits the environment at the club ensured a high standard.

"I'm enjoying my football. Having a really good time down in Melbourne at the moment. We've got a great team," she said.

"Training's super competitive every day. That'll obviously put you in good stead to come into an environment such as the national team.

"Again you come into the national team and it's the best training environment you can have in Australia."

Before the W-League finals get underway, Van Egmond and her fellow Matildas have assembled in Newcastle to seal their Games berth.

Australia are favourites to overcome the world No.32 Vietnamese and Van Egmond and her teammates will be eager to get as big an advantage as possible before the second leg in the south-east Asian nation on March 11.

"You saw when we played against Chinese Taipei, Thailand and China how well women's football is progressing so you can't take anyone lightly." 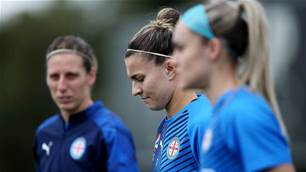 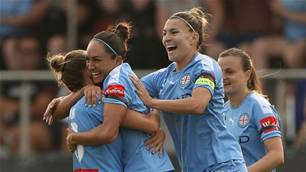 'Yeah, I learned it off you': Van Egmond's priceless response to incredible volley