The news that Foord will miss this weekend’s Grand Final between Sydney FC and Melbourne City rocked the Sky Blues earlier this week.

Foord was in sparkling form against the Jets, her opening goal in last weekend’s semi-final helped defeat Newcastle 3-2 and put Sydney FC in Sunday’s W-League decider.

Unfortunately, the Matilda’s star left the field at half time and the resulting diagnosis means Foord will miss Sunday’s W-League decider and the Asian Cup.

But Polias said the Sky Blues will be using Foord’s misfortune as inspiration when playing in Sunday’s final.

“I’m absolutely gutted for Caitlin,” she said. “She’s hit such good form and for her to have such a setback is devastating.

"You never want to see people like her be out of the game for a few months.

“But we’ve got some special stories in this team and come Sunday we are not just playing for the game, we are playing for so many things and Caitlin will be one of them.”

With Foord on the field during the first half, the Sky Blues were unstoppable against the Jets and led 2-0.

But when the striker came off, Sydney lost momentum and blew a two-goal lead.

While Sydney were able to win 3-2 after scoring in extra-time, the loss of Foord will be felt on Sunday.

“Caitlin Foord has been a superstar for us and one of the best signings we’ve made this year," he said.

“But the reason why we were poor in the second half wasn’t due to Caitlin coming off, it’s because sometimes in football you get complacent.

“We’ve dominated teams in the first half where they have not been on the park.

"We have scored goals and it becomes a mental thing and then the opposition has nothing to lose and sometimes that is a bit of a recipe for disaster.

“But to lose someone so dangerous, who in the opposition's minds you already have two or three or four players trying to stop her, that’s where potentially it will hurt us.

“But I’m sure someone will step up and do the job she normally does."

Sydney midfielder Chloe Logarzo feels that person is 18-year-old back up striker Remy Siemsen, who scored the winner against City in round four - the only time both teams have met this season.

“We were definitely gutted losing Caitlin during the game but we are going to readjust,” she said.

“I back Remy a lot and I just want her to know that even if she rocks up on the day and doesn’t think that she is better than Alannah Kennedy, she needs to think and know that she can beat her. 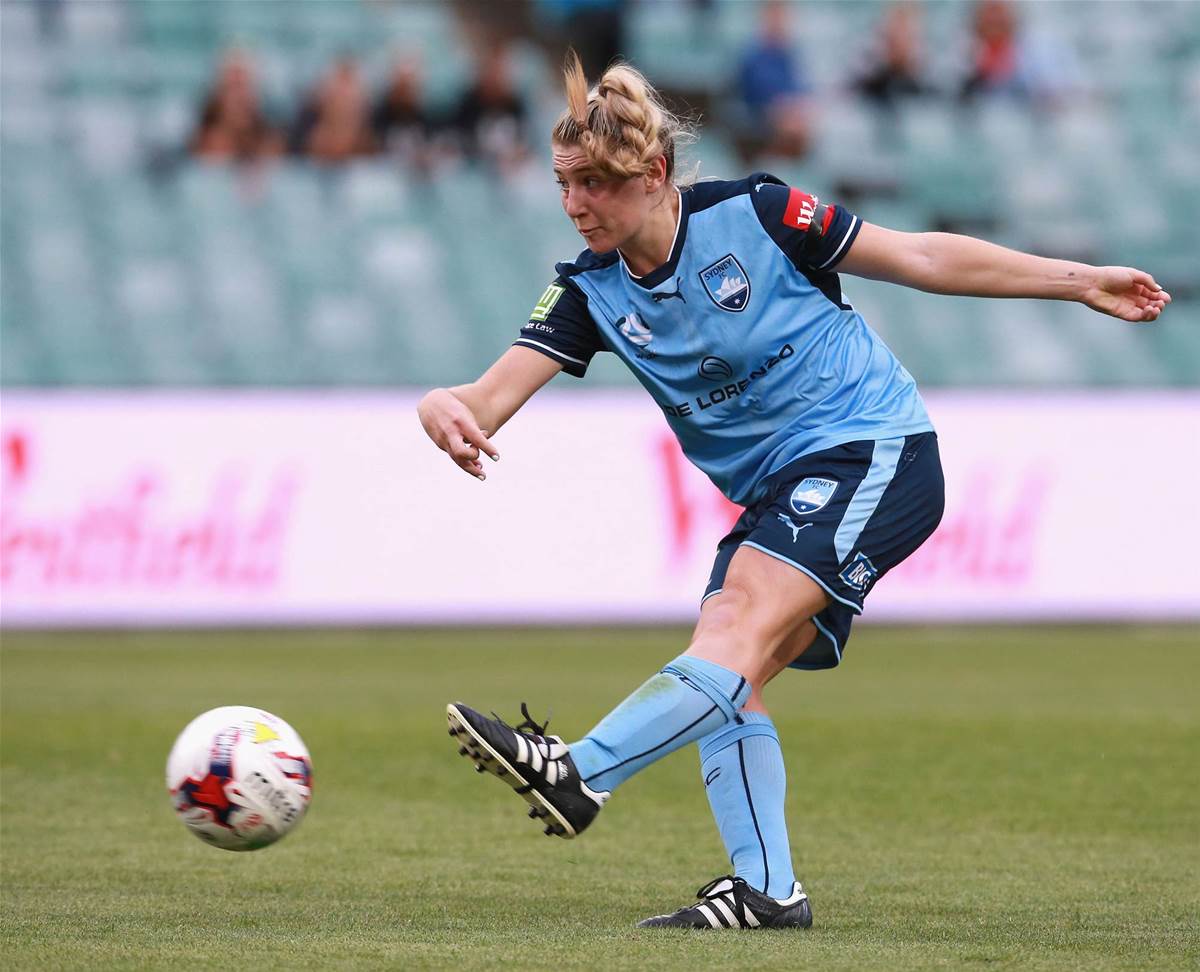 “She has to have that confidence going out on the field and it needs to ooze out of her, because if it doesn’t, she isn’t going to get her job done.”

“I just need to pump her up during the week."