W-League Head Coach, Jeff Hopkins, has signed a two-year contract extension with Melbourne Victory which will see him lead the women’s team until the end of the 2022/23 W-League season.

The Welshman, who won the W-League Coach of the Year at the Dolan Warren awards on Wednesday night, guided Melbourne Victory to the 2020/21 Championship in April.    This was Hopkins’ second championship win with Victory, after leading the Club to a Premier’s Plate in 2019. Victory Chairman, Anthony Di Pietro, said Jeff has been instrumental in the growth and development of our women’s side.    “Jeff has led and developed our women’s program since 2016,” Di Pietro said.   “He is a proven Head Coach with a wealth of experience and we are pleased to have secured Jeff for another two years.     “He is clear in his approach and has fostered a supportive culture at Melbourne Victory which has resulted in success.  We know Jeff is the right man to drive our women’s program into the future.”   With preparations for next season already underway, Hopkins said he was excited to be leading the W-League team for the next two years.    “I’m excited to extend my time with the Club for the next two seasons,” Hopkins said.   “I’ve thoroughly enjoyed working with the players and being a part of a team that pulls together to drive success.   “Everyone has a role to play and I believe this is what makes the biggest difference between being successful or not.”   “The team and I are already planning for the 2021/22 season and finalising the squad. Fans should expect to see both some familiar and some exciting new talent when we take to the pitch next season.” 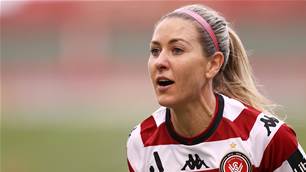