Undefeated Melbourne City side are in sight of a new competition record winning streak as they enter the W-League finals seemingly unbeatable.

Melbourne City heads into the W-League finals series as red-hot favourites after completing an undefeated season with a final-round 3-1 defeat of Brisbane Roar at AAMI Park on Sunday.

The all-star City side will tackle an out-of-form Western Sydney Wanderers in their semi-final knowing a win will keep them on course for a fourth title in five seasons, as well as equal the competition record for most straight victories.

The other semi-final will see Melbourne Victory host Sydney FC for the second match in a row after leapfrogging the Sky Blues with a confident 3-1 win on Saturday.

City fell just shy of equalling the W-League record for most matches without conceding a goal as Roar forward Hollie Palmer celebrated her nineteenth birthday with a goal just after halftime to level the scores.

Parity lasted a matter of minutes as Ally Watt bagged a second-half double, to add to the opener from Milica Mijatovic.

After drawing their season opener against Newcastle Jets, City can claim the W-League record for most wins (13) should they win both the semi-final and grand final.

American striker Watt arrived just a fortnight ago, despite their roster already being the envy of the rest of the league, and is evidence of City's hunger to reclaim the crown.

In contrast, Sydney FC and Western Sydney Wanderers have lost key personnel over the past month and their results have duly been in free-fall.

Sydney FC have struggled without Matildas pair Caitlin Foord and Chloe Logarzo, while the Wanderers' attack has lost all potency following the departure of American superstar Lynn Williams.

Despite the absence of New Zealand defender Rebekah Stott and Scotland forward Claire Emslie City lined up with nine internationals against Roar, including seven Matildas.

City's international roster could, however, be their one Achilles' heel when the semi-finals take place in a fortnight.

Their Matildas personnel will only arrive back from the Olympic qualifiers in Vietnam just 48 hours prior to the match.

After sitting in a top-two position for much of the season, the Wanderers finally secured their maiden finals berth on Saturday with a 3-2 win at Perth Glory on Saturday.

The Wanderers had to withstand a late onslaught from the Glory to ensure they ended a three-match losing streak and a 12-season wait for finals football.

All your W-League finals fixtures on the next page! 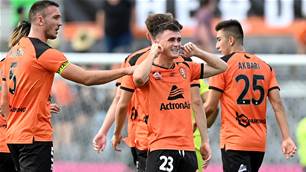 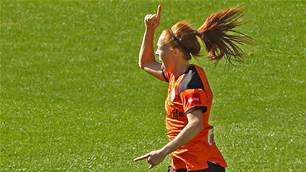