As the Tournament of Nations (ToN) kicks-off for the second time, The Women's Game is here with the Ultimate Guide to the tournament. In the 2017 edition of the tournament, Australia took out the title and created history along the way as they defeated the USA for the first time. Their undefeated run included a 4-2 win against Japan and a 6-1 win over Brazil before their unbeaten streak went to seven matches which included friendly wins against Brazil and China on home soil. The Matildas reach a record FIFA ranking of fourth but their winning ways came to an end when in the third-place playoff at the Algarve Cup, they lost 2-1 to Portugal.

At the Asian Cup in April, Australia went all the way to the final despite a shaky performance against Thailand in the semi-final but it was a stunning strike from Kumi Yokoyama that saw Japan lift the trophy.

The Matildas come back to the ToN with 17 players from their squad which lifted the trophy in 2017 and it's an important 11 months for the team as they head into a World Cup.

Player to watch: It's pretty hard to choose just one when there are two uncapped players in the squad. Mary Fowler and Amy Sayer are the youngest players in Alen Stajcic's 21-player squad. Both were part of the AFF Women's Championship with the Young Matildas with Fowler scoring 10 goals to win the Golden Boot while Sayer also got on the score sheet with three goals to her name. Stajcic is looking to integrate both players into the Matildas squad. 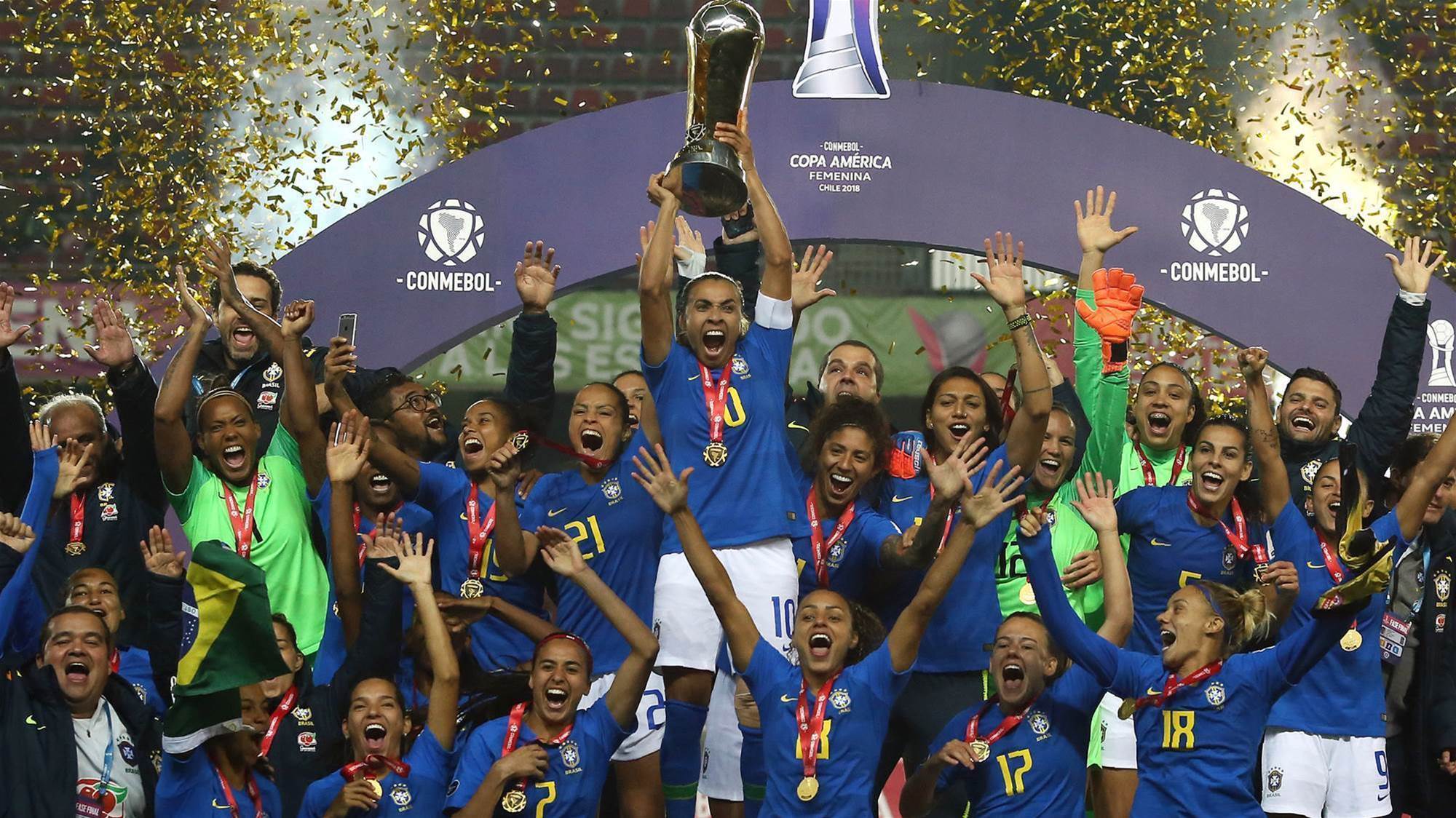 It's been an interesting 12 months for Brazil and as cliche as it sounds, it has been a rollercoaster. After securing only a point against Japan at the 2017 ToN, they went on to face the Matildas, losing both games and after six games without a win coach, Emily Lima was sacked. Lima had been in the job for less than a year and was the first female coach of the team.

The decision sparked protest among the players around wages and respect and recognition for the country's female football players. As a result, players including Cristiane (who is now back in the national side), Rosana, and Francielle announced their retirement from international football. It was hard for fans to see the players lost to the game, and put a shadow on how 2016 finished for the South American team.

But Brazil seems to now be back on track going 12 games unbeaten including at the 2018 Copa América Femenina, where they collected their seventh title and booked themselves tickets to the World Cup next year.

While Cristiane is back with this side and has been an integral player, her Chinese club, Changchun Zhuoyue, did not release her to play at the upcoming competition along with fellow Brazilian international Rafaelle.

Player to watch: She is one if not, the most experienced player in the Brazilian national side but there is no denying her raw talent and influence on the game. Marta is renowned for her flair, quick feet, and exceptional skill on the ball. Her pace and dribbling skills could cause trouble for even the most experienced defenders. The reigning back to back Asian Cup Champions will come into the 2018 ToN with a seven-game unbeaten streak and will be looking to change the way the 2017 edition of the tournament went. The only points they secured was against Brazil in a 1-1 draw.

However, during their Asian Cup Final against Australia, they showed how clinical they are despite the Matildas playing one of the best games viewers had seen. From the defensive end to the field to the attackers, everything linked together.

After their win, they rose in the rankings and also re-claimed their spot as the number one team in the AFC rankings but since then have only played one friendly match, which was a 3-1 win against New Zealand.

Player to watch: Goalkeepers can be the ones to save the day and they can make and break the match, that's why Ayaka Yamashita, is the one to watch for Japan. The 22-year-old has only played 19 games for the national team, the most of the three goalkeepers selected, but her impact on the game is immense. Since their 1-0 loss to the Matildas back on July 27, the USA hasn't lost a match. They have played 16 matches, drawing only two, which were against France and Canada. Along the way they've defeated two of the top four ranked nations in Germany and England during the SheBelieves Cup.

The team is one of the most feared in the world, and have been ranked no less than number two in the world. After being ranked No. 2 on average from 2003 to 2008 in the FIFA World Rankings, the team was ranked No. 1 continuously from March 2008 to November 2014 only falling back behind Germany, the only other team to occupy the No. 1 position in the ranking's history.

Player to watch: Lindsey Horan has been superb in the NWSL with Portland Thorns this season earning a spot in the June Team of the Month. She currently sits on top of the Golden Boot on nine goals this season alongside Sam Kerr who is also on nine.

*The Matildas matches will be broadcast LIVE on Fox Sports