The connection between Perth Glory and the local clubs is also an area of concern.

There is little evidence from the W-League club to engage with the local game outside of the National Training Centre with some feeling more could be done to improve the connections by holding coaching seminars and inviting more local players to development sessions to help both groups learn and grow.

It’s not all bad news though.

There has been continued growth in participation with FW figures showing there are almost 40,000 players in the State which is a growth of nearly 40 per cent in the period 2016-18.

Much is also hinging on the proposed State Football Centre, which is still waiting on funding approval from the WA State Government.

According to Football West CEO James Curtis, the centre would be home to the State’s home of football, especially the women’s game, with female development programs, Women’s Premier League and Matildas and Perth Glory training facilities.

Football West is also working to improve the game with its 2018-2022 Female Football Plan, which was a first across Australia. FW has already implemented several initiatives from the plan including free registration and upgrade courses for female referees, female-only C Licence course, Female Coach Mentoring Program and a Women's Masters competition.

Other encouraging signs are also coming from the clubs themselves.

Balcatta, Fremantle City and Northern Redbacks are all developing strong junior programs, and the latter club recently sent the first-ever female team from WA to play in the prestigious Gothia Cup in Sweden.

So while WA may not have all their puzzle pieces in place they are taking steps towards improving women's football in the State. 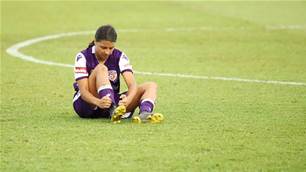