There was a time not long ago when Chloe Logarzo questioned her dream of playing professional football.

She hung up her boots, strapped on a backpack and took off to hike around the world. It was a time for reflection, for self-discovery. This could have set Logarzo on a path away from football. Instead, it sparked an inner awakening that brought her closer to the game and on a journey she was born to take.

“I always had the aspirations and dreams of being on the national team and wanting to do this as a career, but along the way I got lost,” says Logarzo. “I left the game and I decided that I didn't want to play anymore. That was a massive part for me and I got to live a normal life at such a young age.

“I got to travel and backpack and do a lot of what the (other Matildas) haven't done. It made me realize that I didn't want to go to work nine to five and do that kind of stuff. This is what I wanted to do. No matter if it was paid or unpaid, football was what I wanted to do and I was going to do anything to get there.”

That reawakening came only two years ago. Now at 23, Logarzo is a staple in the midfield for Alen Stajcic’s side and sees things in a more defined light.

“Growing up it wasn't a thing for Australians to be able to picture female footballers as being elite athletes and living off their careers,” adds Logarzo.

“It’s only really been in the last few years when the Matildas went on strike and we really knuckled down on making the community aware of what was going on. It (being a professional footballer) was really a possibility for us – a possibility for me.”

With her love for football rekindled, Logarzo turned her focus on becoming the ultimate footballer. To do that, she hit the road again.

“When I stepped away from the game and I wanted to travel, I found a love for being curious about people's way of life and different cultures,” explains Logarzo.

“I just think if I want to evolve as a footballer, I need to know what every other country does.” 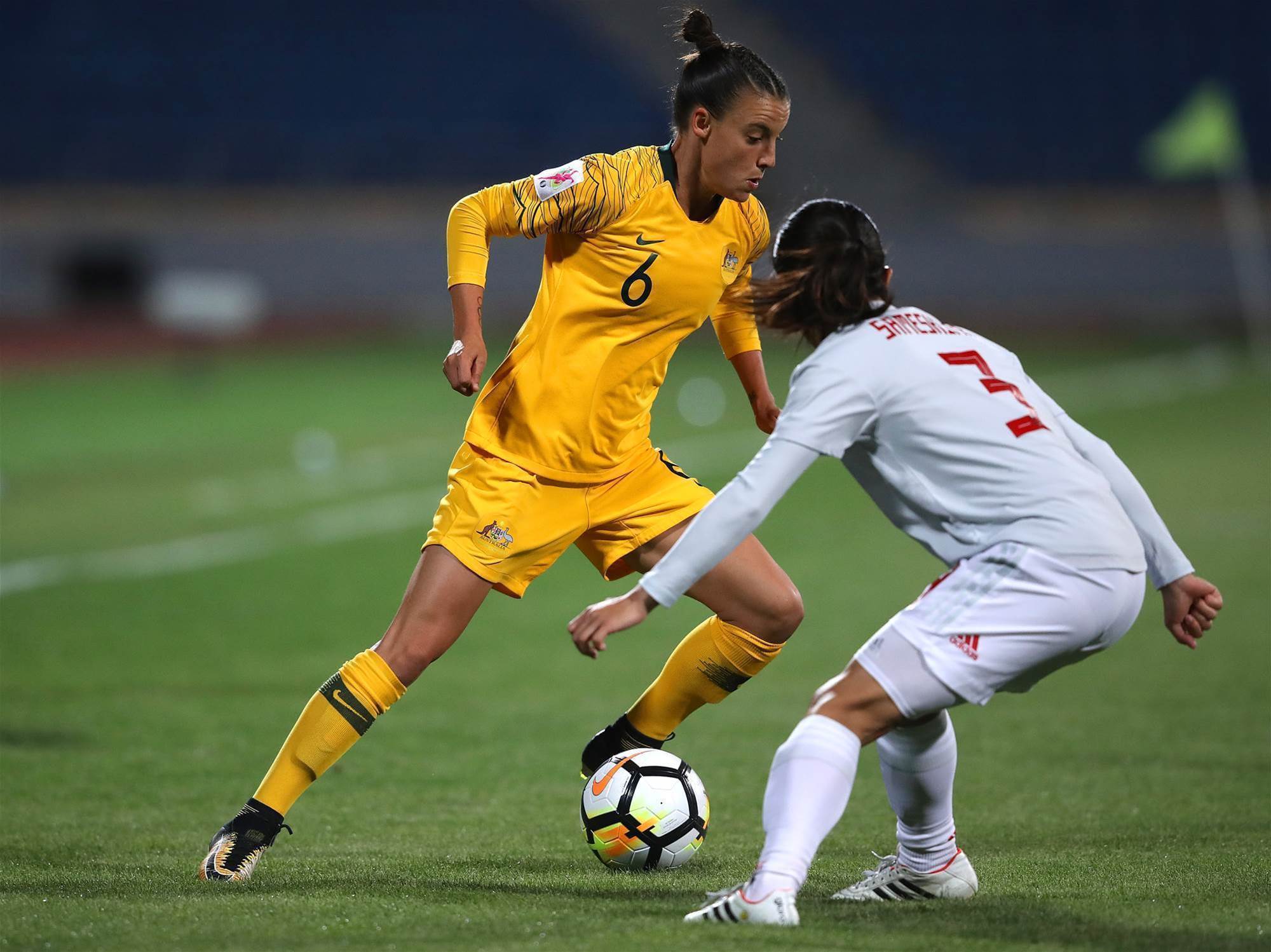 Aside from her time in the W-League, Chloe played with Eskilstuna United in the Swedish Damallsvenskan, for Avaldsnes in the Norwegian Toppersien, and also in the United States for the Colorado Pride in the USL W-League. Every one of those experiences can be seen in Logarzo’s game today.

The eight months she spent in Norway, Chloe learned about herself mentally as a person and as a player.

In Sweden, she found a physical style combined with a pure joy for the game. In the USA, she discovered she could play at a high level in an ultra physical environment.

At home in the W-League with Sydney FC and Newcastle Jets, Logarzo has immersed herself in the tactical and technical parts of the game.

But this is Chloe Logarzo, and so the journey doesn’t end here. There are other places she wants to experience and other goals she dreams of achieving.

“I want to get playing styles from every single different country, how I perceive it and then see if I can be the ultimate footballer,” says Logarzo.

“I just think if you stay in one place, you kind of get stale by people and coaches telling you how to play instead of truly finding out how you should play.”

When asked about where she would like to search out these different styles, Chloe says Japan or the USA. “I would love to play in Japan where it’s all technical. I've been to Japan a couple of times and I love their country, I love their culture, and I love how they play.”

Before the 2018 Tournament of Nations kicked off, Logarzo spent time training with Tom Sermanni’s Orlando Pride, alongside fellow Matildas Alanna Kennedy and Emily van Egmond. Is the National Women’s Soccer League (NWSL) next for the aspiring Aussie?

“I think I'm ready to come back to America and play in the NWSL this time,” she says. “In our national team we like to be physical and it is expected of us to have a very big input. The NWSL is the closest playing style to how our national team plays.”

Football may not have been a straight and narrow path for Logarzo, but it’s leading her to become one of the best footballers in the game today.

And regardless of where Logarzo’s journey takes her, one thing is for certain – her backpack will be filled with self-discovery, knowledge, and the experiences she’s picked up along the way.